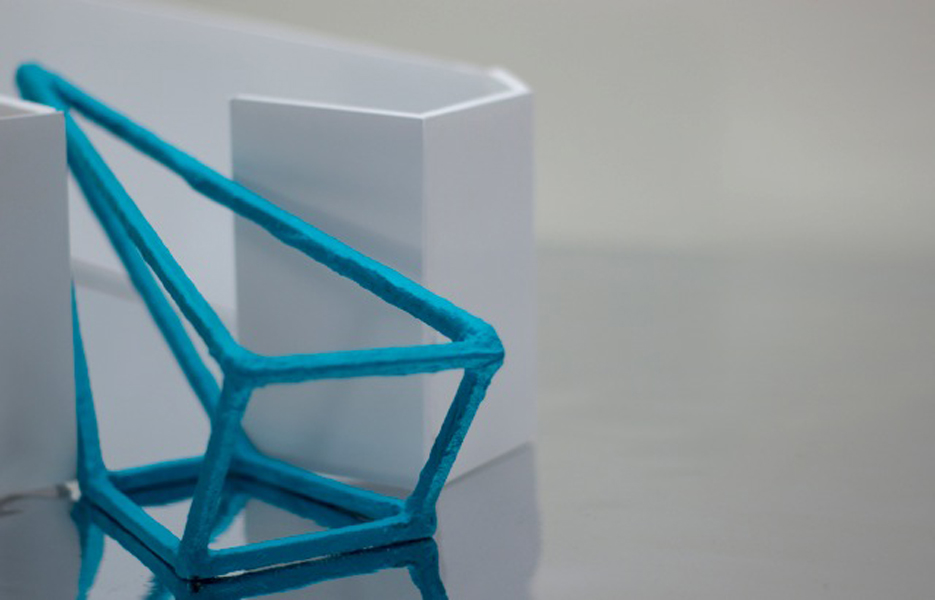 Charles Baudelaire once described sculpture as ‘something you trip on when you step back to look at a painting.’ While this may have been a claim about a certain hierarchy of representation, the idea inspires questions about the productive interruption of codes of looking, contemplative space, and the spatial and temporal complexities of an encounter with works and their sites of display. As part of Gallery TPWs One Image commissioning series, Bojana Stancic’s weighing and pensive is rooted in a consideration of such an encounter, setting the stage through a conversation between an image and what that image represents, in this instance, an object. Creating the mise-en-scène of the gallery, Stancic’s installation charges the space with a performative analytic potential, impacting the ways one might establish contemplative distance.

Toronto based Bojana Stancic works between installation practice and theatre design. Inspired by transformative use of materials and space, she envisions her work as participating in a conversation between performative sculpture and site-specific installation. Key collaborations include writer/director Alex Wolfson, choreographer Ame Henderson, actress Liz Peterson and actress/singer Michelle Morgan. Stancic is a graduate of University of Toronto's Theatre and Semiotics programs and has an exhibition history working with numerous theatrical and gallery venues in Toronto including Harbourfront World Stage Festival at the Power Plant Contemporary Art Gallery, Art Gallery of York University, InterAcess Media Arts Center and The Theatre Center.