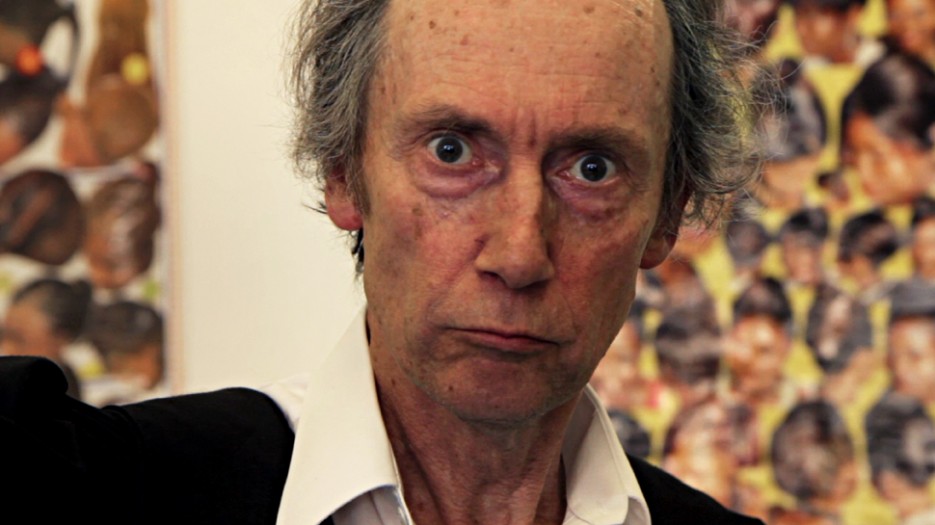 Laure Prouvost’s The Wanderer is a multifaceted film and installation project based on Rory Macbeth’s English translation of Franz Kafka’s Metamorphosis, a text completed despite Macbeth’s inability to speak the German language. Expanding on Macbeth’s layered ideas of translation and misinterpretation Prouvost transposes the text into a sprawling, seven-part feature film and series of installation works.

For her exhibition with Gallery TPW, Prouvost has recreated one of the film’s primary settings, a neighbourhood hair salon, which functions as an immersive reflection on the film’s artifice and staging devices. Embedded within the installation are monitors which screen several chapters from The Wanderer. As viewers witness the misadventures, alienation and rapidly disintegrating reality of the film’s protagonist, the temporal and spatial ambiguities extend from the film to the physical space of the gallery. Throughout the chaotic mise-en-scène, Prouvost repeatedly subverts cinema’s narrative tropes, playing the archetypal against the absurd in a series of uncomfortable scenarios.

Laure Prouvost was born in 1978 in Croix-Lille, France, and lives and works in London. Her work, which includes video, sound, painting and installation, has been widely exhibited. Recent projects include working with Tate Britain, 2013, MOTINTERNATIONAL, London, 2012; Vox Populi, Philadelphia, 2012; Frieze projects, Frieze Art Fair, 2011 and Portikus, Frankfurt, Germany, 2011. Prouvost has won several international awards including the 56th and 57th Oberhausen Short Film Festival Principal Prize in 2010 and 2011, and the MaxMara Art Prize for Women in 2012 which includes exhibitions at both the Whitechapel Gallery and the Collezione Maramotti in 2013.

The “Hairdresser ‘God First,’ Gossip Sequence” installation is presented with a shop display of clay shoes and heads holding hand bags, made in collaboration with Tom Humphreys.

Laure Prouvost is presented in partnership with The Images Festival, April 11-20, 2013 and with the generous assistance of Partners in Art.