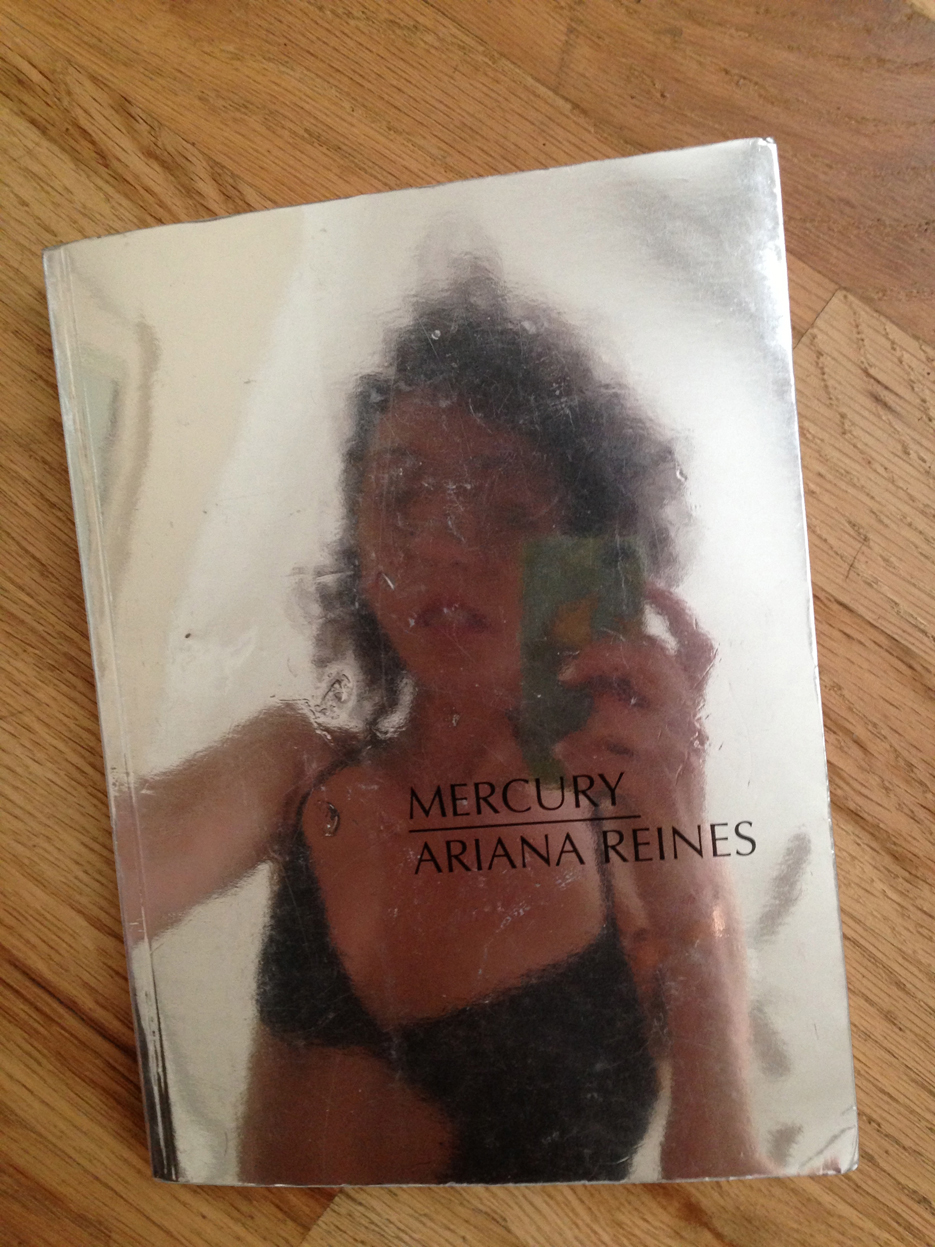 Based in New York, Ariana Reines is the author of The Cow (Alberta Prize, 2006), Coeur de Lion (2007), Mercury (2011), all from FenceBooks, and Thursday, (2012), from Spork, and the Obie-winning play TELEPHONE (2009), commissioned & produced by The Foundry Theatre. She is the translator of The Little Black Book of Grisélidis Real: Days and Nights of an Anarchist Whore by Jean-Luc Hennig (2009) and Preliminary Materials for a Theory of the Young-Girl by TIQQUN (2011), from Semiotext(e), and of My Heart Laid Bare by Charles Baudelaire, (2009) from Mal-O-Mar. Performances and theatrical works include THE ORIGIN OF THE WORLD at Stuart Shave Modern Art (2013), LORNA, with Jim Fletcher, at the Martin E. Segal Theatre (2013), MISS ST’S HIEROGLYPHIC SUFFERING at the Solomon R. Guggenheim Museum (2009), and SWISSNESS at The Swiss Institute (2012). Most recently she published The Origin of the World, a book for Semiotext(e)’s contribution to the 2014 Whitney Biennial. This summer she will present MORTAL KOMBAT, a new performance work with Jim Fletcher, at Le Mouvement Biel/Bienne in Switzerland.

Join us for a casual evening with Reines sharing some of her work, have a glass of wine, and maybe buy a book from the beloved TYPE books on Queen St. West.

An ongoing project of Reines’s, Ancient Evenings is a weekly writing sabbath of sorts, incorporating liturgical reading, automatic writing, and neglected arts of conversation. Born of the yearning to marry the spirit of sacred spaces with the spirit of frank yet generous companionship, Reines says of its origins that, “I wanted to try reading and writing in company the way I fantasized a Heian courtier or an erudite merchant in Al-Andalus might read and write—slightly or very drunkenly and at leisure in some kind of cohort, not the solitude of scholars or professionals, though with great focus and maybe a little sociable competitive spirit—I wanted to take the space of sharing and writing poems and tales away from the workspace of classrooms and workshops and programs and degrees and return it to something more proper and more relaxed, but also, perhaps, more stimulating…”

Le Mouvement Biel/Bienne invited Ariana Reines to create a performance in dialogue with a pair of sculptures from the Swiss art festival’s midcentury origins. In the spirit of Gallery TPW’s R&D programming, Reines will present a preview of the work. A kung-fu drama structured like a game, MORTAL KOMBAT is inspired by the 1992 videogame, enacting and aggravating scenes of pre-adolescent masculinity, boredom, nostalgia, violence, and fantasy. Created with the actor and writer Jim Fletcher, MORTAL KOMBAT also exacerbates the problems of equality, asymmetry, and fairness that come up in any so-to-speak contest of equals. Where are the lines between gender and the physical drawn? Born on the same day in different years, Reines and Fletcher will undertake this game as ersatz twins—but, as in the case of Romulus and Remus among so many other sets of brothers, theirs is also a fight to the death.

Departing from Reines’s work as a poet, translator and artist, this participatory discussion will consider the critical methodologies enacted by different forms of creative practice.

Reines is joined by co-provocateurs Gina Badger and Yaniya Lee.