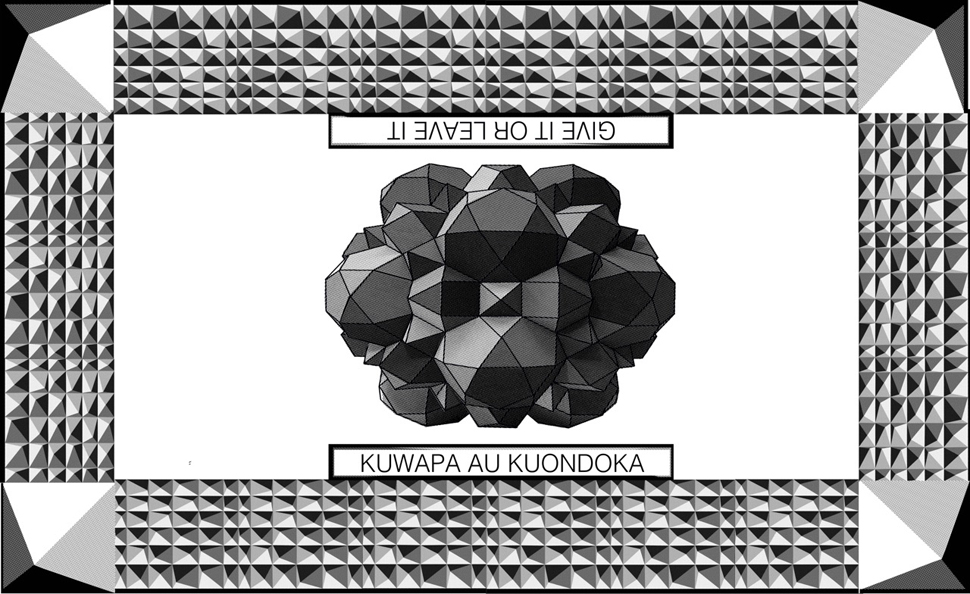 Gallery TPW is thrilled to announce an exhibition featuring Jérôme Havre, Cauleen Smith, and Camille Turner, a new commission made possible with the generous support of Partners in Art. Created during a year of cross-border conversation on their specific relationships to land and belonging, Havre, Smith, and Turner have collaborated on a new short film that will premiere at TPW. The film features three puppet avatars—performing the selves of Havre, Smith, and Turner—navigating distinct worlds that at once isolate them and offer them the possibility of transformative connection. As they move through their respective landscapes, Havre, Smith, and Turner’s puppets reflect on blackness as a state of becoming, a mode of experience that reaches simultaneously into multiple futures and histories. The film is accompanied by a new multi-channel CCTV video installation developed by Smith that creates feedback loops of seeing and being seen amid an immersive environment.

Alongside the project, Toronto-based writer Yaniya Lee joins Gallery TPW as a guest curator of public programs for the course of the exhibition. Lee will engage local Black artists and thinkers as a parallel to the ongoing conversations that have prompted Havre, Smith, and Turner’s work.

In addition to the vital support of Partners in Art, this exhibition is made possible with the assistance of the Liaison of Independent Filmmakers of Toronto (LIFT).

Jérôme Havre’s practice concentrates on issues of identity, communities, and territories, investigating the political and sociological processes of contemporary life as they relate to nationalism in France and Canada. Havre adopts a multidisciplinary approach in his exploration of these themes and their attending questions; he uses myriad tools and methods to make tangible the conditions of identity within situations of social transformation. Havre completed his studies at l’École Nationale Supérieure des Beaux-Arts (Paris). Since 2001, he has exhibited in Europe, Africa, and North America. Recent shows include Talking Back, Otherwise, Jackman Humanities Institute, University of Toronto; Paradis: La fabrique de l’image, espace d’art contemporain 14°N 61°W, Martinique; Land Marks, Art Gallery of Peterborough, Ontario; Liminal (Necessity and accident), The Robert McLaughlin Gallery, Oshawa, ON; Reiteration, Art Gallery of Ontario, Toronto;  and Poetry of Geopolitics, Koffler Gallery, Toronto. He is currently based in Toronto.

Cauleen Smith is an interdisciplinary artist whose work reflects upon the everyday possibilities of the imagination. Operating in multiple materials and arenas, Smith roots her work firmly within the discourse of mid-twentieth-century experimental film. Drawing from structuralism, third-world cinema, and science fiction, she makes things that deploy the tactics of these disciplines while offering a phenomenological experience for spectators and participants. Smith was born in Riverside, California and grew up in Sacramento. She earned a BA in Creative Arts from San Francisco State University and an MFA from the University of California, Los Angeles School of Theater, Film, and Television. Smith is currently based in Chicago; she will join the faculty of the studio-art program of California Institute of the Arts in January 2018. Her films, objects, and installations have been featured in group exhibitions at the Museum of Contemporary Art, Chicago; the Studio Museum in Harlem; the Contemporary Art Museum Houston; the Yerba Buena Center for the Arts; the New Museum, New York; D21, Leipzig; and Decad, Berlin. She has presented solo exhibitions of her films, drawings, and installations at the Center for Contemporary Art and Culture, Portland, Oregon; the Contemporary Arts Center, UC Irvine; the Art Institute of Chicago; The Kitchen, New York; the Museum of Contemporary Art Chicago; and Threewalls, Chicago. Smith is the recipient of several grants and awards, including the Rockefeller Media Arts Award, a Creative Capital Film/Video grant, a Chicago 3Arts Grant, a the Foundation for Contemporary Arts grant, the Artadia Award, and a Rauschenberg Residency. Smith was a 2016 Recipient of a Herb Alpert Awards in the Arts in Film and Video and is the inaugural recipient of the Ellsworth Kelly Award. She was a Whitney Biennial 2017 participant and currently has a solo show at The Art Institute of Chicago. Smith is represented by Corbett vs. Dempsey, Chicago, and Kate Werble, New York.

Yaniya Lee’s interdisciplinary research draws on the work of Black Studies scholars to question critical reading practices and reconsider Black art histories in Canada. From 2012-2015 she hosted the Art Talks MTL podcast, a series of long-form interviews with art workers in Montreal. In 2016 she programmed Labour, Land and Body: geographies of de/colonialism for Vtape’s Curatorial Incubator. Last fall, with members of the 4:3 Collective, she organized the MICE Symposium on Transformative Justice in the Arts. Lee was previously on the editorial advisory committees for C Magazine and FUSE Magazine. She is a founding collective member of MICE Magazine and a new member of the EMILIA-AMALIA working group. This summer, Lee participated in the Banff Research in Culture: Year 2067 residency. She is the 2017-2018 writer-in-residence at Gallery 44 and currently works as the associate editor at Canadian Art Magazine.