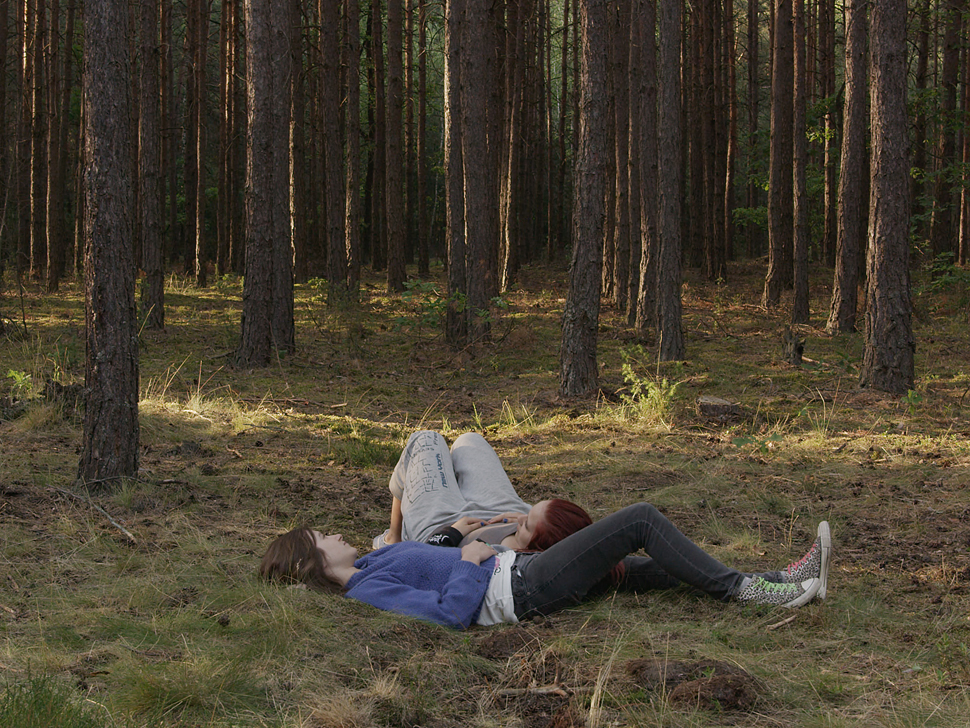 The Toronto International Film Festival and Gallery TPW are pleased to co-present Rudzienko, a new film installation by American artist Sharon Lockhart. Through her precise films and photographic works, Lockhart explores the relationship between still and moving images and the productive space between the choreographed and natural gesture. Known for her collaborations that unfold over extended periods of time, Lockhart rethinks ethnographic curiosity as a project of exchange: working together with her subjects to understand and depict their worlds. Her characteristic aesthetic combines a cinematic eye with long-take fixed frames, employing duration in service of an ethics of slow looking, asking spectators to move beyond first impressions.

Lockhart’s new work explores a recurring theme in her practice: the experience of childhood and adolescence. Rudzienko was born out of Lockhart’s long-term friendship with Milena Slowinska, a young Polish girl with whom she began a collaboration in 2009, during the making of her previous film Podwórka. For the past four years, Lockhart has organized several rural retreats for Milena and a group of her peers living together in a home for girls in the town of Rudzienko, near Warsaw.

Influenced by the work of Janusz Korczak, a Polish-Jewish pedagogue who argued the importance of children’s rights, including a child’s right to freedom of expression, Lockhart and several colleagues (including artists, writers, a philosopher, a movement therapist, and a theater director) worked with the girls in a series of workshops. Together they experimented with forms of thinking, movement, writing and performance, encouraging the teens to articulate their individual perspectives. Collectively, they created the script for Rudzienko and choreographed a set of scenes in which the girls’ conversations and gestures interact with the surrounding landscape. Created in the girls’ native Polish, Lockhart’s film employs a unique structure for the use of English-language subtitles, proposing a new consideration of the dynamics between image and language, and highlighting the hybrid nature of the work as both document and fiction. With a protective affection, the resulting film introduces spectators to the lives of these young women as they openly explore their own understandings of agency, selfhood, and expression.

Sharon Lockhart lives and works in Los Angeles, California. Her films and photographic work have been widely exhibited at international film festivals and have been the subject of solo exhibitions at major museums worldwide, including the Museum of Contemporary Art Chicago, Walker Art Center, Kunsthalle Zürich, Wiener Secession, San Francisco Museum of Modern Art, the Israel Museum, Jerusalem, and the Los Angeles County Museum of Art, among others.