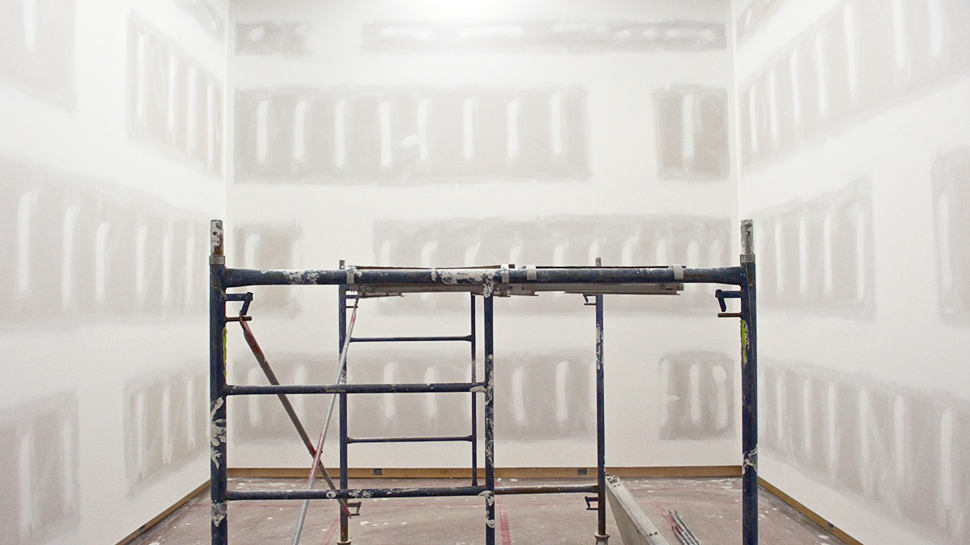 “…a container for mere possibilities that have not yet happened, a body in a state of becoming through time, or a structure for the expression of time as it moves both forwards and backwards at once.”

Presented by Gallery TPW
In collaboration with FADO Performance Art Centre and in partnership with No Reading After the Internet, Dancemakers and The Art Gallery of Ontario


In 1968, feminist author Jill Johnston stated “I’ve seen Trio A a number of times and still think I haven’t really seen it.” Curated and presented by FADO Performance Art Centre in collaboration with Sara Wookey, a series of performances, Transmitting Trio A (1966), allows the opportunity to see Yvonne Rainer’s canonical dance presented from a range of perspectives. In response to FADO’s initiative, Gallery TPW presents “…a container for mere possibilities that have not yet happened, a body in a state of becoming through time, or a structure for the expression of time as it moves both forwards and backwards at once,” which situates Trio A within a constellation of conversations, readings and newly commissioned works.

It has been danced as a solo, a duo, a trio and by dozens of dancers both in and out of phase. Forward, backwards, in tap shoes and in the nude while draped with the American flag, Trio A has become one of the most plural and mutable works of its era at the same time as it has become one of the most iconic works of Yvonne Rainer’s decades long practice encompassing choreography, filmmaking and writing.

Presented in different iterations by Rainer herself, Trio A continues to disseminate through a number of dancers who have learned from Rainer, performed the work and in turn are authorized to transmit the choreography to others. Learned by dancers and non-dancers alike, it is dependent upon the knowledge of the choreography passed via pedagogy from the flesh and bones of one to another. Each person who performs is the material of Trio A, or as Yvonne Rainer once put it: “My body remains the enduring reality.”

Unless otherwise stated, all events as part of Transmitting Trio A (1966) and “…a container for mere possibilities that have not yet happened, a body in a state of becoming through time, or a structure for the expression of time as it moves both forwards and backwards at once” are free.

As a prelude to the performances of Trio A, this conversation between Barbara Clausen, Jacob Korczynski and Kim Simon takes two texts by Yvonne Rainer as a starting point. In 1965, the year Rainer initially developed Trio A before its premiere at the Judson Church the following January, Rainer wrote her No Manifesto which rejects (among other things) spectacle, virtuosity, style and camp, ending with “No to moving or being moved.” This refusal of affect that was shared by her Minimalist contemporaries was assuaged by Rainer herself when she responded to the No Manifesto in 2008, holding some of her initial positions, tossing others out completely and concluding that moving or being moved is unavoidable. This acknowledgement of the potential failure of evacuating affect in figurative and performance practices will anchor our conversation.

Barbara Clausen is a curator and professor for performance theory and history at the art history department of the Université du Québec à Montréal. Clausen writes extensively on performance art and performative curatorial practices and is the editor of After the Act: The (Re)presentation of Performance Art (2006). Since 2000 she has curated a series of exhibitions, symposia and performance events such as After the Act (2005), Wieder und Wider/Again and Against (2006), and Push and Pull (2010/2011) at MUMOK (Vienna), Tate Modern (London) and Down Low Up High (2011) at Argos (Brussels). In 2012 she curated the performance series Something to Say, Something to Do, as well as the first retrospective of Babette Mangolte both at VOX, centre d’art contemporain and in 2014 the exhibition and performance series STAGE SET STAGE On Identity and Institutionalism at SBC Gallery in Montréal.

Jacob Korczynski is an independent curator based in Toronto. A recent participant in the de Appel Curatorial Programme, he has curated projects for the Stedelijk Museum, Oakville Galleries, SAVAC and If I Can’t Dance, I Don’t Want to Be Part of Your Revolution, and his writing has appeared in C Magazine, Fillip, The Power Plant publication Jimmy Robert: Draw the Line (in collaboration with Oliver Husain) and is forthcoming in Little Joe.

Kim Simon is the curator of Gallery TPW.

A salon series dealing with cultural texts, which are read aloud by participants. Participation in No Reading After the Internet is open to everyone, regardless of their familiarity with a text or its author. Texts will be handed out at the salon. Readings will include Amy Sillman’s notes on the diagram, reworked. version 2: not-knowing from which this series title is taken.

A conversation about the workshop experience with Transmitting Trio A (1966) performers.

Commissioned as an anchor to this series of events, A Fence is a Type of Movement is a new video by Bridget Moser produced specifically in the new Gallery TPW site while under construction. A one-day exhibition of Moser’s video, the work will be presented alongside the final presentation of Transmitting Trio A (1966).

Bridget Moser is a Toronto-based artist whose work is suspended between prop comedy, experimental theatre, absurd literature, existential anxiety, and intuitive dance. She has presented work nationally and internationally at venues including the Art Gallery of Ontario, Mercer Union, the Khyber Centre, VIVO Media Arts Centre, and Owens Art Gallery, with upcoming projects at the National Arts Centre and Artspace, and a solo exhibition of new work at MSVU Art Gallery. She has been a resident artist at The Banff Centre and at Fondazione Antonio Ratti in Como, Italy. She performs regularly at Doored, a monthly performance art and comedy show organized and hosted by Life of a Craphead (Jon McCurley & Amy Lam).

Over the course of a 5-day intensive workshop led by Sara Wookey – one of the few dancers authorized by Yvonne Rainer to “transmit” (to use Rainer’s own phrase) her works – a mixed group of dance and performance artists will learn several of Rainer’s dance works, focusing primarily on Trio A. a 4½ minute sequence of movements that progress without repetition, phrasing, or emphasis and performed without musical accompaniment.

Rainer’s interest in task-based movement, the ephemeral, the un-spectacular, and rethinking the performer-audience relationship are characteristic concerns of both contemporary dance artists and performance artists. The starting point for this workshop is the shared conversation between dance and performance artists around the distinctions between repertoire and reenactment, in particular consideration of how these modes of archiving in live art relate to the increasing interest in presenting performance art and choreography in the museum.

March 25, 7-8pm
Performance of Trio A and other works
Venue: Art Gallery of Ontario

March 28, 12-5pm
Performance of Trio A and other related practices
Venue: Gallery TPW

Transmitting Trio A (1966) overlaps with Yvonne Rainer’s visit to Toronto where she will deliver an artist talk (Saturday March 21, 7pm) entitled Where’s the Passion? in the context of the AGO’s Radical Acts Unconference taking place on Saturday March 21 (10am – 5pm).

Sara Wookey is a choreographer with an interest in the way that performance and publics interact. Her work is informed by her training in American Post-Modern Dance, European Dance-Theater and Laban Movement Analysis. Parallel to her creative practice Sara speaks and writes on issues of economy and value in dance. Sara is often asked to consult on dance presentation and archive in the museum and on public engagement with cultural institutions and government agencies. She is a certified teacher of Yvonne Rainer's seminal dance work Trio A (1966) and a practicing square dance caller.

Yvonne Rainer, a co-founding member of the Judson Dance Theater in 1962, made a transition to filmmaking following a fifteen-year career as a choreographer/dancer (1960-1975). After making seven experimental feature films — Lives of Performers (1972), Privilege (1990), MURDER and murder (1996), among others — she returned to dance in 2000 via a commission from the Baryshnikov Dance Foundation for the White Oak Dance Project (After Many a Summer Dies the Swan). Her dances since then include AG Indexical, with a little help from H.M., RoS Indexical, a Performa07 commission, Spiraling Down, Assisted Living: Good Sports 2, and Assisted Living: Do You Have Any Money? Her dances and films have been shown world wide, and her work has been rewarded with museum exhibitions, fellowships, and grants, most notably two Guggenheim Fellowships, two Rockefeller grants, a Wexner Prize, a MacArthur Fellowship, and retrospective exhibitions at Kunsthaus Bregenz and Museum Ludwig, Cologne (2012), the Getty Research Institute, L.A. and Raven Row, London (2014). A memoir — Feelings Are Facts: a Life — was published by MIT Press in 2006. A selection of her poetry was published in 2011 by Paul Chan’s Badlands Unlimited.