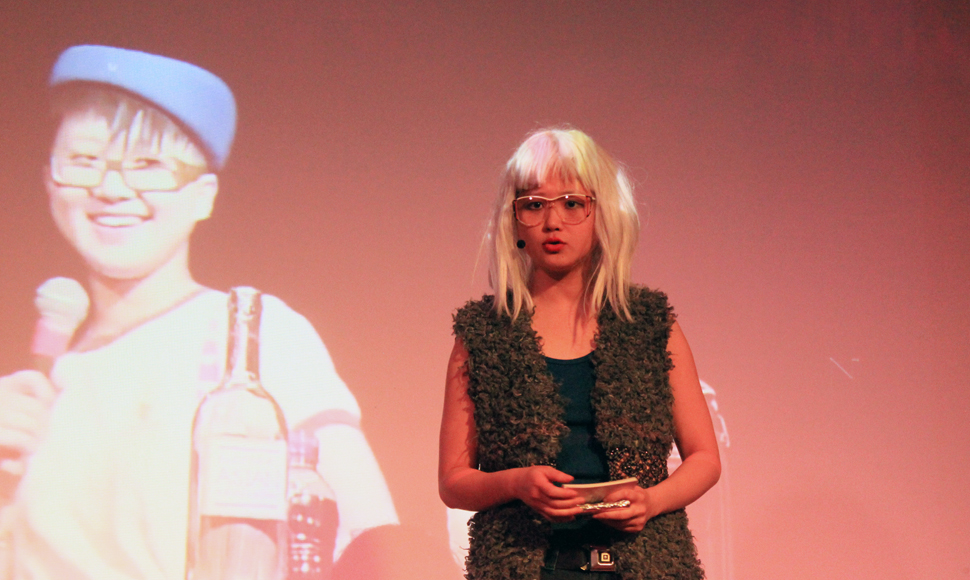 Alvis Choi a.k.a. Alvis Parsley will present The Great Glassies Corporation, a performance that speculates on the near future of race and identity. After the performance, Choi and artist Elisha Lim will address questions arising from their work: how do artists of colour talk about happiness, connection, and humanity? How do anti-racist communities care for each other in the face of developments like the racism that influenced the US election while acknowledging the precarity, burnout, and pain of activist labour? How do we avoid fighting white supremacy with other supremacies? What can art and performance do in a contemporary discourse about race that often repeats histories of crisis?

Elisha Lim is a queer and transgender story-teller, comic illustrator, claymation filmmaker and graphic novelist – and has produced award winning short films, book tours, solo and group exhibits, curatorial projects and the launch of an annual Montreal art festival called "Qouleur." The thread between all of these is Elisha's driving passion to build pride, space and solidarity for queers who are Black, Indigenous and people of colour. Elisha is completing a Masters of Fine Arts in Criticism and Curatorial Practice at OCAD University and holds a previous Masters in English Literature from the University of Toronto.