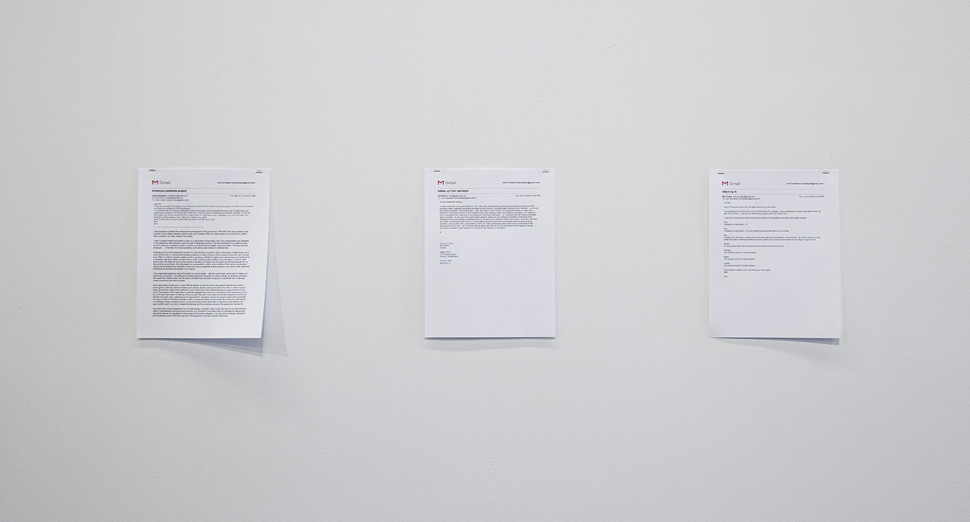 In dialogue with the current exhibition, Working Conditions, join artist Joshua Schwebel and ARCA Director Anne Bertrand for a conversation around Schwebel’s contribution to the exhibition and working conditions within artist-run culture.

Joshua Schwebel is a conceptual artist based in Berlin, working through site and situation-responsive interventions.

Anne Bertrand is currently director of the Artist-Run Centres and Collectives Conference / La conférence des collectifs et des centres d’artistes autogérés (arccc-cccaa, aka ARCA), an organisation that groups nine artist-run associations representing over 7500 artists, members of the 180 artist-run centres located throughout Canada. From 2005 to 2012, Bertrand was the artistic coordinator of Skol, and is a founding member of Viva! Action Art. Bertrand received her degree in Visual Arts from the University of Ottawa in 1986, after obtaining a degree in Classical Studies.