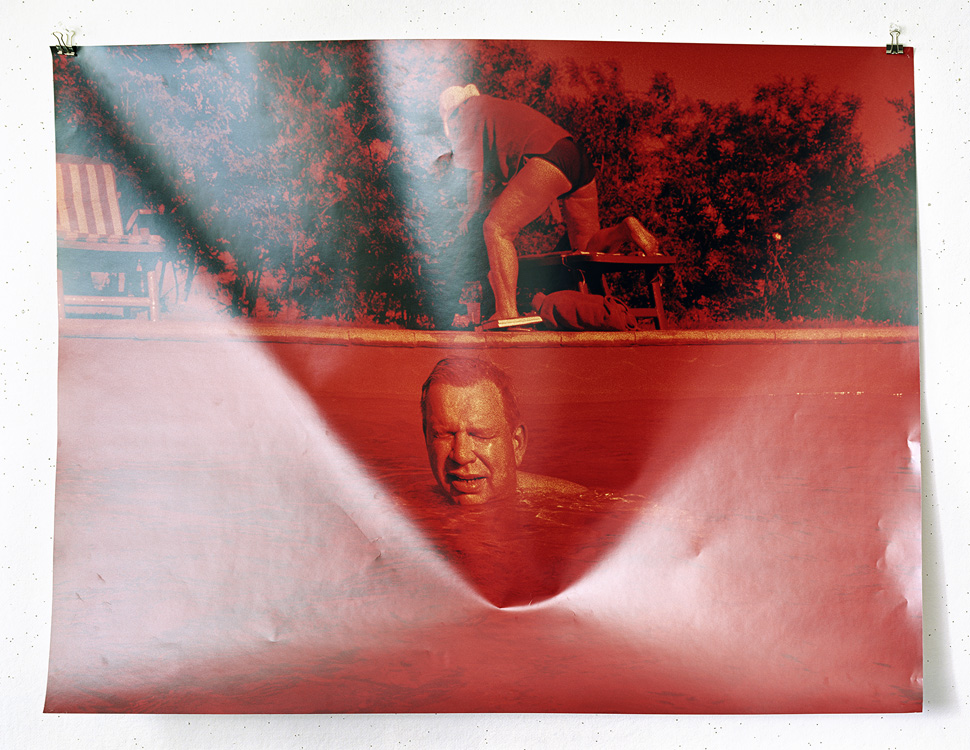 Davida Nemeroff, What Window Light Can Do For My Dad from the series Dream Baby Dream, 2009

About the work Shot on a family vacation in Italy, Nemeroff’s images are developed using an analogue printing process allowing her to play with the material qualities of her photographs.

Davida Nemeroff is a Canadian artist working in Los Angeles, California. She holds a BFA in Photographic Studies from Ryerson University and a MFA in Visual Arts from Columbia University. Nemeroff’s work is an ongoing investigation of the frame. Currently she is the director of the nocturnal platform Night Gallery in Los Angeles. Her work has been exhibited in Canada, The United States, Germany and South Korea. Davida Nemeroff is represented by Annie Wharton Los Angeles in the U.S. and Katharine Mulherin Contemporary Art Projects in Canada.