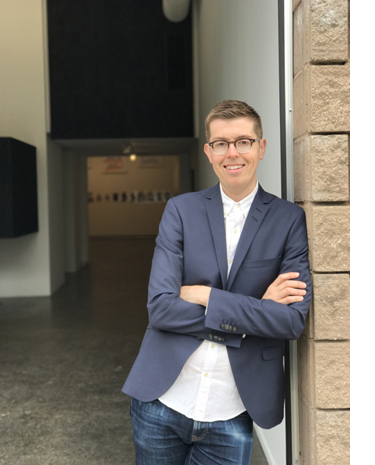 May 23, 2017 (Toronto)—The Board of Directors of Gallery TPW is pleased to announce the appointment of Brian Sholis as executive director, concluding an international search. In this role, Sholis will work closely with the Board of Directors and staff to create a long-range vision for TPW; oversee the artistic program led by curator Kim Simon; and foster increased local, national, and international collaborations. He succeeds founding director Gary Hall, who led the organization for nearly four decades and across five locations in Toronto.

“Gallery TPW has a distinguished history and an ambitious interdisciplinary program,” Sholis said. “I am delighted to join the city’s vibrant arts community and contribute to it by building upon Gary Hall’s legacy. The gallery’s experimental approach to exhibitions is accompanied by rich and ongoing conversations about the circulation of images and their influence on contemporary culture. These approaches and ideas have also been essential to my work and interests. I look forward to fostering further experimentation and building our local and international reputation.”

Sophie Hackett, President of the Board of Directors, said, “We’re thrilled to welcome Brian as TPW continues to explore the programming possibilities of its new home on St. Helens. The impressive scope of his skills and experience will be important assets as he helps us build on the gallery’s recent accomplishments and move in new directions. We’re excited for people to get to know him.”

Sholis has more than fifteen years of international experience, where he has worked as a curator and programmer for museums; as an editor and author of books, magazines, and online texts; and as a professor, visiting critic, grant panelist, and prize juror. He comes to Gallery TPW from the Cincinnati Art Museum, where he was curator of photography. His exhibitions there included “Kentucky Renaissance: The Lexington Camera Club and Its Community, 1954–1974” (2016–17; with a catalogue co-published by Yale University Press); “Field Guide: Photographs by Jochen Lempert” (2015–16; traveled to Contemporary Art Gallery Vancouver); and “Eyes on the Street” (2014–15). Prior to his time in Ohio, he worked in New York as an editor at Aperture Foundation and at Artforum; he also edited anthologies published by the New Museum and Sternberg Press. A longtime art critic, Sholis has written essays for numerous museum catalogues and has been published in Artforum, Frieze, Art in America, Aperture, and elsewhere. “Subjektiv,” an exhibition he co-curated, opens June 3 at the Malmö Konsthall in Malmo, Sweden, before traveling to the Kunsternes Hus in Oslo.