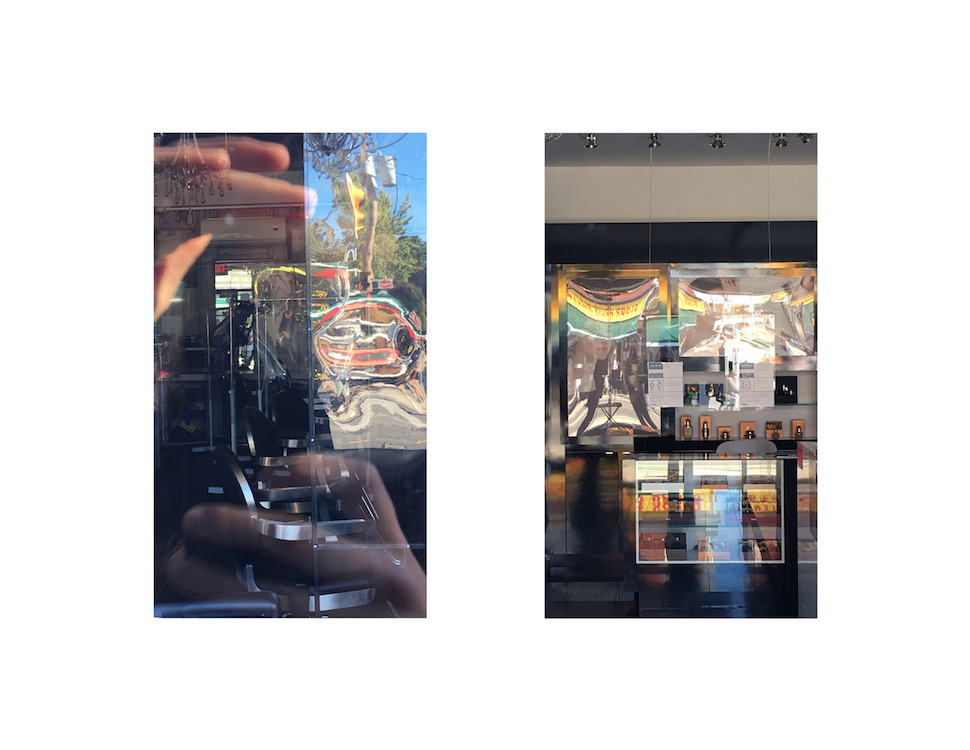 TPW is delighted to present a new commission by Benjamin de Boer and Sophia Oppel.

Reflections on Transparency is an examination of the transparent barriers that have become ubiquitous in sites of retail in light of COVID-19. Born of an interest in hostile architecture, public space and landscapes that elicit particular behaviours, this investigation meditates on the intersections between the politics of hygiene and disaster capitalism.

Benjamin and Sophia’s project will be posted on TPW’s Instagram from October 8 – 10, 2020.

Benjamin de Boer (b. 1995, Attawandaron, ON) is a writer, researcher, and bookseller living in Tkaronto. They received their Honours BA in Philosophy and Archaeology from the University of Toronto in 2018. Benjamin can be found studying the melancholy poetics of our earth lyric and exploring their openness to improvisation within a practice of group enunciation. Favouring sympedagogic situations, Benjamin currently co-directs Hearth, an arts space founded alongside Rowan Lynch, Sameen Mahboubi, and Philip Leonard Ocampo.