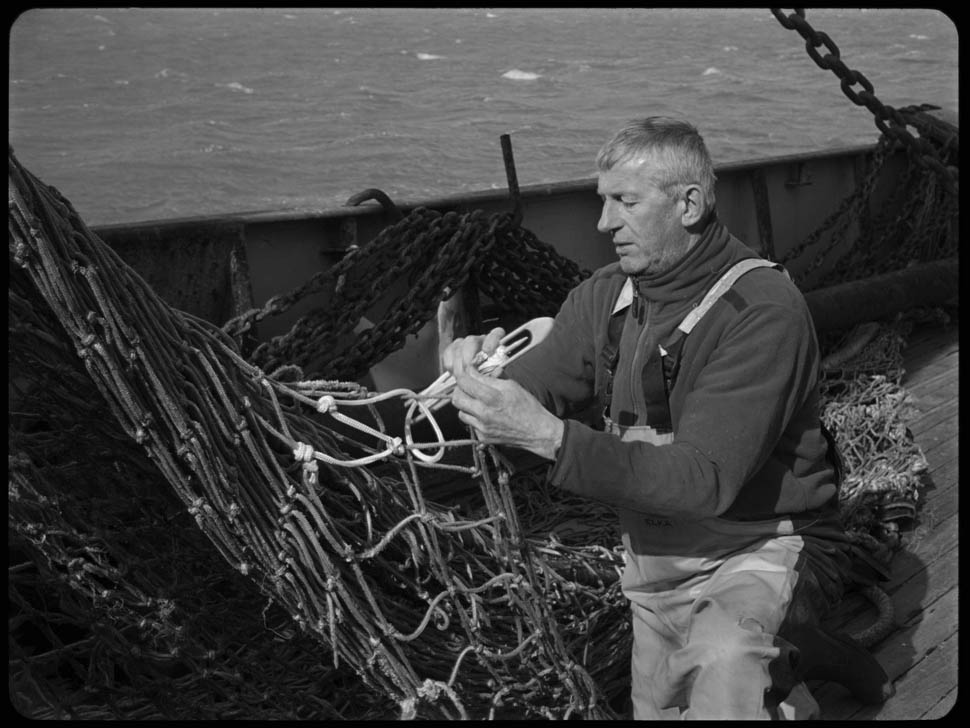 Episode of the Sea

In collaboration with the Scotiabank Contact Photography Festival, our inaugural exhibition pays homage to the history of our new building as a former wholesale fish business. The 63-minute film Episode of the Sea is the outcome of a two-year collaboration between Dutch artists Lonnie Van Brummelen and Siebren de Haan with the fishing community of Urk, in the Netherlands.

In the previous century, the Dutch closed off and drained their inland sea to reclaim new arable land. The island of Urk, situated in mid sea, suddenly found itself embraced by land. Its inhabitants were expected to switch from fishing to farming, but the fishermen managed to continue their trade. They found new fishing grounds, far out in the North Sea. Despite being part of the mainland for decades, the fishing village is still notoriously insular and its inhabitants continue to speak their own dialect. The film documents the material world of contemporary North Sea fishery and the fishermen’s struggle with a changed public perception, fluctuating regulations, and excessive global competition, while parallels are drawn between fishing and filming. Rendered in black-and-white to recite neo-realist drama and early documentary styles, the scenes evoke a way of life that has been passed on by ancestors, yet on the verge of obsolescence.

Dutch artists Lonnie van Brummelen and Siebren de Haan Have worked together since 2002, producing 16mm and 35mm film installations that explore cultural and geopolitical landscapes. Their films include Grossraum (2005), Monument of Sugar (2007), Monument to Another Man's Fatherland (08), View from the Acropolis (2012), and Episode of the Sea (2014). Van Brummelen is currently a PhD candidate at the University of Amsterdam and the HKU. She’s a tutor at HKU and a regular visiting professor at diverse Master programs.