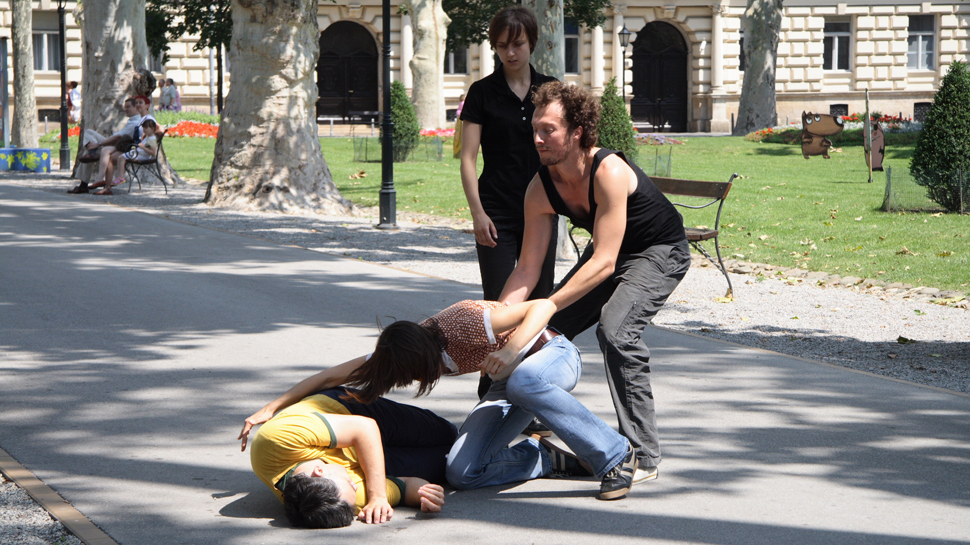 The recent writing of contemporary choreographer William Forsythe considers how choreographic thinking, or the use of movement to mobilize bodies, can also materialize in objecthood. Forsythe, in his essay Choreographic Objects, asks: “One could easily assume that the substance of choreographic thought resided exclusively in the body. But is it possible for choreography to generate autonomous expressions of its principles, a choreographic object, without the body?”

The most prominent way of generating choreographic thinking is through the realization of scripted movement in live performance. However, in her talk Entanglement of Action, Kivland will consider how choreographic thinking might extent beyond the boundaries of temporal events into other mediums, and perhaps even the objecthood of an exhibition.

Kelly Kivland joined the curatorial department of Dia Art Foundation in June 2011, where she has recently been involved with exhibitions and performance programs including Jean-Luc Moulène, Opus + One (2011–12); Yvonne Rainer (2011–12); Ian Wilson, The Pure Awareness of the Absolute/Discussions (2011–present); and Franz Erhard Walther, Work as Action (2010–12). Prior to joining Dia, Kivland served in the Commissioner’s Office of the NYC Department of Cultural Affairs, as well as held a four-year tenure as programming associate at Pomegranate Arts.