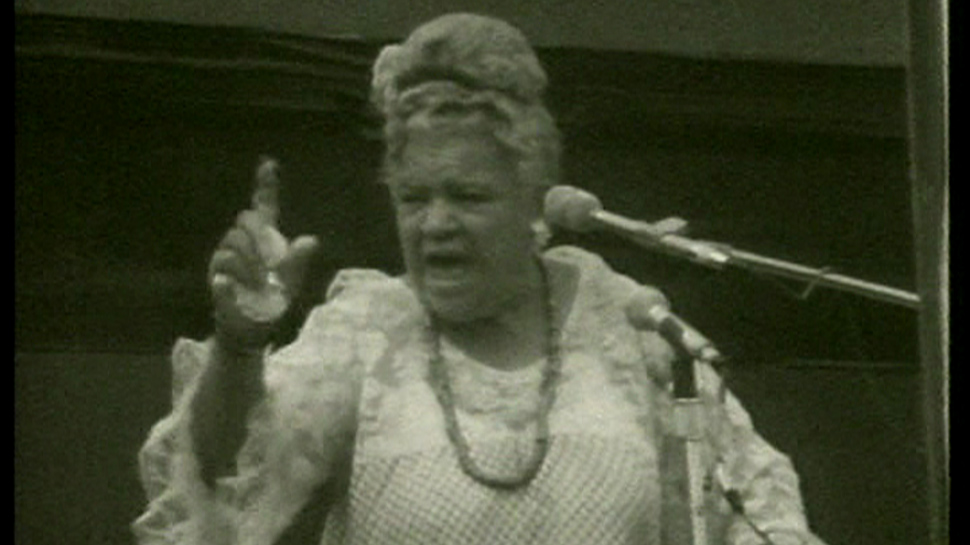 A series of discursive screenings organized by Pablo de Ocampo

TPW R&D is pleased to present a collective screening experiment in working with history and thinking in public. At the invitation of Gallery TPW, Curator Pablo de Ocampo has organized a prelude to his forthcoming program for the 59th Flaherty Seminar in Hamilton NY. Titled History is What’s Happening, de Ocampo’s edition of the Flaherty Seminar will examine both the frame and subject of history in cinema to interrogate the image as a means of understanding the social and political conditions of the past and present.

For his program at the TPW R&D project space, de Ocampo invited six curators and artists to each offer one programming suggestion in response to a single source: a video document of civil rights activist Queen Mother Moore giving a speech during a “Community Day” event at Green Haven Prison in New York, 1973. Moore’s speech was documented by the People’s Communication Network, a collective of artists/activists who were working at the forefront of media activism in the early days of portable video recording technology. The seventeen-minute video creates a rich and complex point from which to think through the relationship of history to the act of making and watching images.

The resulting selections by Christopher Allen, Pip Day, Andrea Geyer, cheyanne turions, Philip Monk and Ruth Noack will be presented and juxtaposed with the Queen Mother Moore Speech at Green Haven. Over three discursive screenings, the program aims to enact the shared study of a single video in a process of watching and re-watching within different contexts. While not a preview of the Flaherty program, the screenings and discussions will build on experiments with placing the process of curatorial research into the public sphere and the insistence that film is an equation that can’t exist without a viewing public.