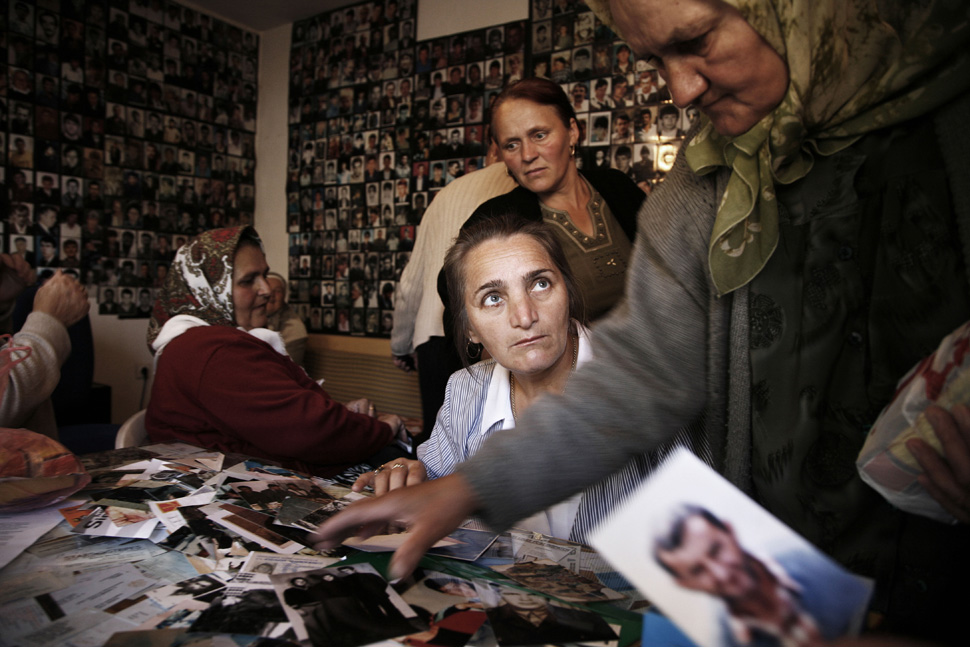 Montreal-based photographer Roger LeMoyne’s Srebrenica, Bosnia is a haunting glimpse into the lives of women known as the Mothers of Srebrenica who collect, file and copy photographs of many of the 8,000 men who were murdered after the fall of Srebrenica in1995.

Roger LeMoyne holds a BFA from Concordia University. He began working in photojournalism in 1991 with coverage of the crisis in the Horn of Africa, and has since photographed in more than forty countries worldwide. His documentary work is concerned with representing the human side of international issues and he has received many prestigious awards for it, including the 2007 Lange-Taylor Prize from the Center for Documentary Studies at Duke University. His work is included in important national and international collections, including the National Archives of Canada and the Alexia Foundation for World Peace.