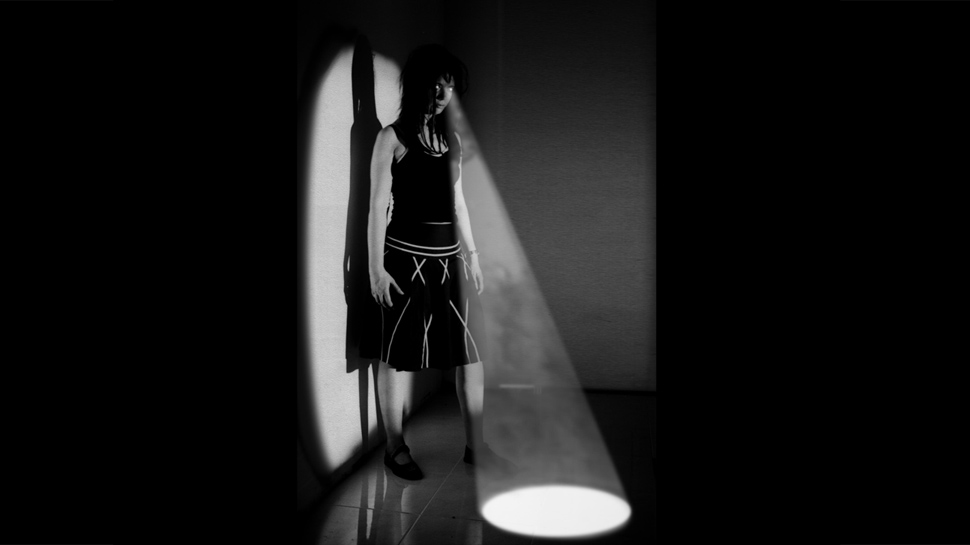 Gallery TPW and the Images Festival are thrilled to co-present the North American premiere of UK based Lindsay Seers’ stunning video installation Extramission 6. Poetically drawing on historical theories of vision, Seers creates complex personal narratives by interweaving concepts from science, philosophy and photographic theory into her ongoing investigation of how cinematic and photographic technologies shape us.

A quasi-documentary, Extramission 6 tells the story of Seers’ life as an artist. As a child Seers did not speak. The hypothesis is that her silence was caused by a condition known as eidetic memory (photographic memory). She first spoke at the age of eight when she saw a photograph of herself, asking: ‘Is that me?’ Upon the onset of language her eidetic memory fades. This traumatic loss of memory led her to ‘become’ a camera; forming images by inserting pieces of light-sensitive paper into her mouth, using her lips as the shutter. This passive process of ingesting the world occupied her for many years. Eventually she gave up her life as a camera to ‘become’ a projector, emitting images in an act of extramission. The single channel projection is housed within a large cardboard model of the Black Maria, Thomas Edison’s first film studio built in 1893. The building gestures towards a decisive moment in the development of photography into film.

Lindsay Seers is co-presented by the Images Festival, March 31-April 9, 2011 and is generously supported by Partners in Art. Extramission 6 (Black Maria) is graciously on loan from Tate.

Extramission 3 is co-presented with the Images Festival, FADO Performance Art Centre and Partners in Art.