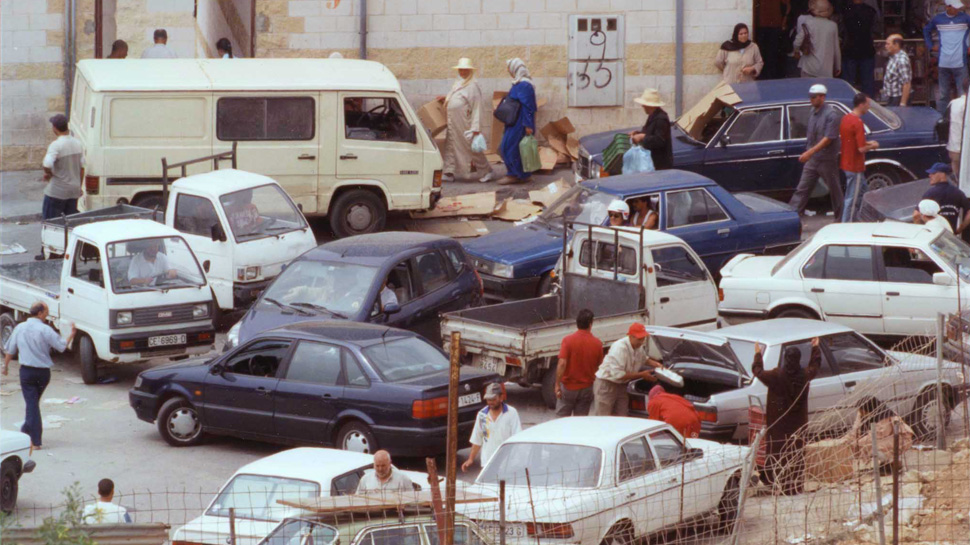 Gallery TPW, Images Festival, and Cinematheque Ontario are pleased to co-present the Canadian premiere of Dutch artist Lonnie van Brummelen’s Grossraum. Shot and exhibited in 35mm without any sound or textual elements, Grossraum is a “triptych” filmed along three sensitive crossing points on the European Union border: Hrebenne, a border post between Ukraine and Poland; the Spanish enclave of Ceuta in Morocco; and the green zone which splits Cyprus in two. By directing our gaze to the demarcations of the geopolitical “greater area” (Grossraum) of the European Union, van Brummelen reveals the paradox of a zone of freedom whose development is dependent on the strength and policing of its borders.

SCREENING TIMES:
Grossraum will be screened every fifteen minutes past the hour during gallery hours.

Based in Amsterdam, Lonnie van Brummelen was the recipient of the Prix de Rome in 2005. She has exhibited extensively in museums and film festivals throughout Europe, and was recently featured in the Gwangju Biennale in Korea.