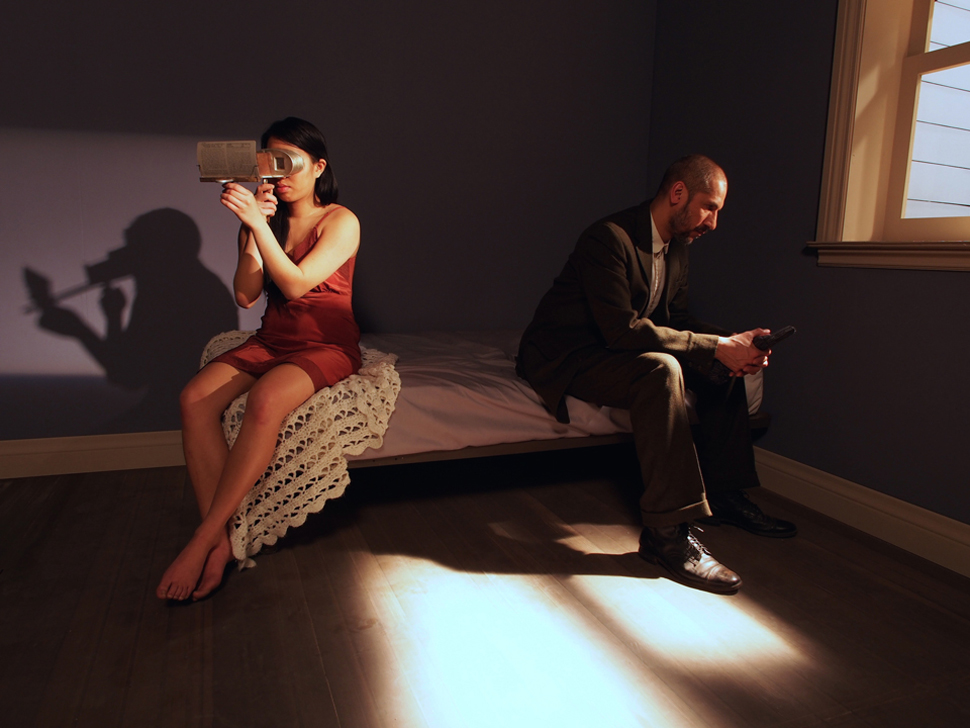 In dialogue with the exhibition Isla Santa Maria 3D, join artist Oliver Husain and special guest, filmmaker Ali Kazimi, to discuss stereography, colonialism, and Siegfried and Roy with some 3D show and tell.

Due to the stereoscopic nature of this event, space is very limited.
To register email kim@gallerytpw.ca

Ali Kazimi is filmmaker, writer, visual artist and educator whose work deals with race, social justice, migration, history, memory and archive. His critically acclaimed films have been widely shown at festivals, in galleries, and on TV networks internationally. Most recently his film, Random Acts of Legacy, screened at Hot Docs and received an honorable mention by the jury for the Best Canadian Feature Documentary. Kazimi is the recipient of a prestigious John R. Evans Leaders Fund, from the Canada Foundation for Innovation to set up the Stereoscopic 3D Lab @York. He was the founding filmmaker, in 3DFLIC (3D Film Innovation Consortium) an inter-disciplinary academic/industry partnership (2009-12). In 2013 he designed and taught The Principles and Practice of Stereoscopic 3D Cinema, the first graduate course of its kind in the country. In 2012, Kazimi authored the nationally acclaimed book, Undesirables: White Canada and the Komagata Maru – An Illustrated History (Douglas & McIntyre) which was a finalist for the 2012 City of Vancouver Book Award and the 2013 BC Book Prizes (Roedrick Haig-Brown Regional Prize).

Oliver Husain is a filmmaker and artist based in Toronto. In 2015, his solo exhibition beside the point was shown at Susan Hobbs Gallery, Toronto; and his work was included in Architecture by Artists at 221a, Vancouver, Depth of Perception at Oakville Galleries and Magick Lantern Cycle at Halle für Kunst, Lüneburg. In 2016, Husain's work was featured in groups exhibition at the Justina M. Barnicke Gallery and The Galleria Mall and in solo exhibitions at Gallery Clages, Cologne and The Western Front, Vancouver. His work is represented by Susan Hobbs Gallery, his website is www.husain.de