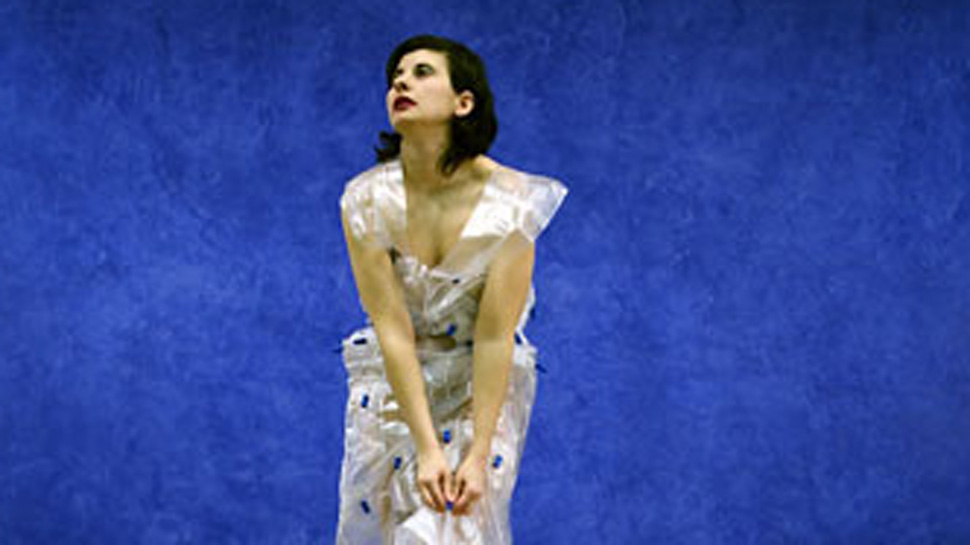 The images Ekici creates in her work are from the everyday environment, presented with either a theatrical sensibility or the beauty of minimalist sculpture. The simple act of eating grapes is attacked with intense energy, a hoola hoop (performance video Hullabelly ) is given a political spin, and the signal control room on a subway platform is converted into the world’s smallest concert hall for 5 days ( Sala dei Concerti performance installation with 40 musicians).

Fado is pleased to host a two-week residency with Turkish/German artist Nezaket Ekici in March 2008. While in Toronto, Ekici will create 2 new video works and will present a new live performance at Gallery TPW on March 28 and 29, 2008. Many thanks to Gallery TPW for hosting Ekici’s new work.

Fado is an artist-directed centre established in 1993 to provide a stable, ongoing, supportive forum for creating and presenting performance art created by local, national and international artists at all stages of their careers. Fado is the only artist-run centre in English Canada devoted specifically to this form. Our activities include presenting performances, artist talks, festivals, residencies, exchanges and workshops, as well as publishing in a variety of formats, including video.