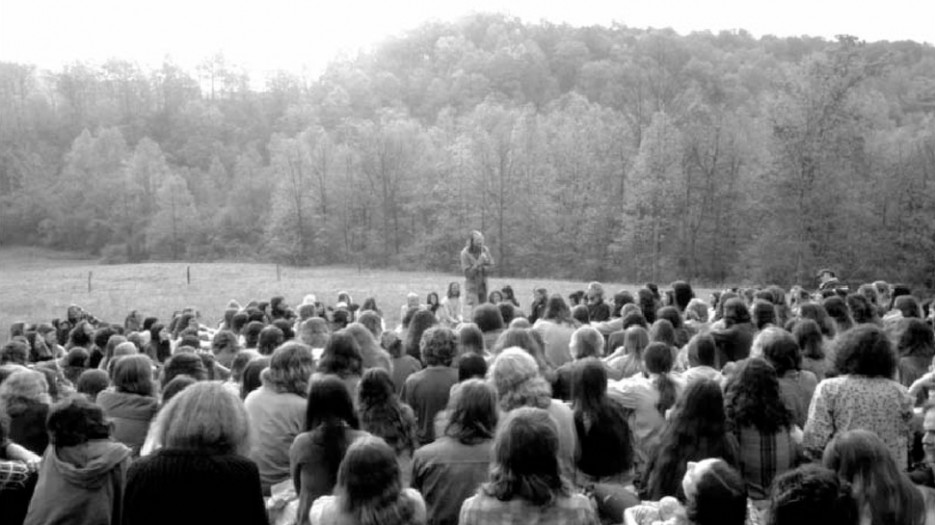 When I first began working on the “Coming to Encounter” series of events as part of my curatorial residency at TPW R&D last year, I knew I wanted to focus on the presentational strategies used by artists and curators try to deal with difficult images. One of the recurring questions that has been raised in the “Coming to Encounter” events is what I, and the other participants in the room, mean by “difficult images,” and how we define what makes something difficult. For the most part, I have tried to leave this question unresolved, and to leave the notion of a “difficult image” purposefully ambiguous. Though the idea originally came from Deborah Britzmann’s work on difficult knowledge—the phrase she uses to describe why it is psychically difficult to learn from the traumatic experiences of others—, I wanted the residency to be broad in its focus and hoped to bring together photojournalistic images alongside fine art photography and contemporary video projects that in some way posed a challenge to the viewer. And while “Coming to Encounter” has allowed me to experiment with a wide variety of photographic material and discursive methodologies, I’ve realized over the course of the residency that there were two assumptions that underpinned the premise of my programming: assumptions that I now find myself questioning and trying to disrupt in the last few events related to the project.

The first was an assumption that context—the space, time, facilitation and group dynamic that frame our encounter with an image—was one of, if not the, determining factor in how viewers respond to a difficult photograph. While I never had fantasies of an ideal curatorial program where it was possible to come up with a situation where viewers would immediately be able to resolve their responses to a difficult image, I did hope I could use the flexibility of the R&D space to try out different presentation and discussion strategies that might (even temporarily) make it possible for viewers to look at images we might otherwise avoid, and to articulate our contradictory, irrational responses to them in a way that opened, rather than closed down, discussion. No Looking After the Internet has been one way that I have tried to make these self-reflexive conversations possible, but the dialogue that has been generated in these meetings has also demonstrated that there are some images that remain difficult, even after prolonged discussion and multiple viewings. There are perhaps some images that are too difficult to translate to speech, no matter the context in which we encounter them.

A second assumption that underpinned much of the programming I put together early in the residency was that it was most often representations of social trauma or physical violence that made images “difficult.” I was reminded of my own assumptions about what constitutes a “difficult” image at the “Crossing the Line” symposium at the Art Gallery of York University (AGYU) earlier this year when Shawn Michelle Smith gave a paper about Chicago artist Jason Lazarus’s “Too Hard To Keep” project. “Too Hard to Keep” is an archive of photographs that have been donated to the artist by owners who find them too difficult to hold onto but (ostensibly) too important or meaningful to destroy. Lazarus collects these photographs, many of them banal landscapes and typical studio portraiture, from donors across North America and exhibits them in site-specific installations in contemporary art galleries. For Smith, the “Too Hard to Keep” archive exemplifies the distance between photographic evidence and photographic meaning: the photographs often seem to not be evidence of anything at all (except, perhaps, an empty landscape or the event of someone having their portrait taken by a professional). Instead, the content of Lazarus’s project resides in the meaning attached to the images by their producers, meaning that will remain invisible and therefore must be projected onto the photographs by the viewer of the “Too Hard to Keep” installation, who looks for cues about the trauma or loss that might invisibly haunt the photograph.

During the question period after Smith’s paper, my friend and colleague Elspeth Brown asked whether it was also possible that what we think of as “positive” affects, like love or desire, might also be the motivating force behind owners donating these images and finding them too difficult to look at. I’ve been coming back to Brown’s question ever since, because it upended the working assumptions of some of the “Coming to Encounter” programming, and because my experiments with No Looking have shown me that it is often the ambiguities of photographic meaning, especially in representations of love, desire, and lust that also make photographs difficult to look at and to interpret.

As I begin to unpack and try to trouble these working assumptions, I’ve tried to expand the kinds of photographs I want to look at and discuss with others, looking specifically for images that are ambiguous, or excessive, but not directly tied to representations of violence or trauma. The photographs that Chris Curreri brought to the April meeting of No Looking were one way of trying to test what makes images difficult, and to think about what we want from photographs and what kinds of meanings we make from them when they withhold easy answers.

This month, I’m turning more explicitly to photographs of desire, and queer desire in particular, by looking at images in dialogue with the work of Doug Ischar. I’ve asked my friend (and fellow curator and artist) Jean-Paul Kelly to co-facilitate with me because he has been a good prompt for me in the past few months to address the desires that motivate my professional work (and the need for these prompts has made clear that, as a writer and curator, I also feel much less mastery—and lot of awkwardness—when talking about and analyzing the “positive” affects that propel my work). I’m not sure what will happen, or if talking about desire in photographs will necessitate a whole new set of questions and languages than trying to discuss violence, loss and trauma. But I have a few working hypotheses that are motivating this month’s experiment:

Desire is difficult because, like Curreri’s anonymous self-portraits, it underscores a distance: a gap between the viewer and the desired object (pictured by a video or photograph) or between the viewer and subject’s desire for an other. This is a distance that cannot be breached. Despite the promise of immediacy that photography seems to offer, we can never completely occupy the position of the photographer or the subject. All that we have access to is our current position, as a spectator, which is governed by the context in which we encounter an image. The encounter between the photographer, subject and viewer that is initiated by the camera—something that Ariella Azoulay has termed “the event of photography”—is always fraught, contingent and partial. The camera will never be able to disclose everything about the intimacy of that encounter, and, as viewers, we will always desire to know more than the photograph can possibly reveal. This frustration with one of photography’s central paradoxes (that it simultaneously captures more than its operator planned, but also offers a partial view of an event or encounter) has come up often in No Looking, evidenced by the questions we often have for the producer or owner of the image we are looking at. We hope that texts, either spoken or written, will give us access to what the photograph cannot or will not show, or help us to get a handle on its representational excesses and lacks.

But there is another reason why images of desire might be difficult or uncomfortable for the viewer: because looking at or talking about desire, even if it is not “our own,” demands accepting and articulating our subjectivity in a way that feels embarrassing and overly intimate (especially in a room full of strangers, which is often the scenario in No Looking). Desires feel unruly and irrational and underscore our differences from one another. In one of my favourite reading discoveries from this past year, Stephen Stern explains why an encounter with another person’s taste is always uncomfortable and difficult. He writes, “Then there’s other people’s taste—unexpected, unmapped, and uncomfortable. Other people’s taste is scary because it brings home the terror in the very notion of ‘other people.’ (Roland Barthes has said that likes and dislikes mean only one thing: ‘my body is not yours.’) This kind of taste provokes a reaction that is purely visceral, creates a gap no ideology critique can cross.”1 Taste is not quite the same thing as desire, but Steiner’s insistence on the bodily experience of desire, and being confronted with the desires of others, seems a provocative way to think about why we sometimes struggle to make sense of photographs of desiring gazes and desirable objects.

While Sara Matthews has written beautifully about what images want, and what we want from images, on this blog, I am curious about what we desire from photographs. Desire is a form of wanting or wishing that is set to a higher frequency. It frustrates or even discomforts us when it cannot be satisfied through our viewing experience because it forces us to confront our sense of lack and to come to terms with the limits of our autonomy.