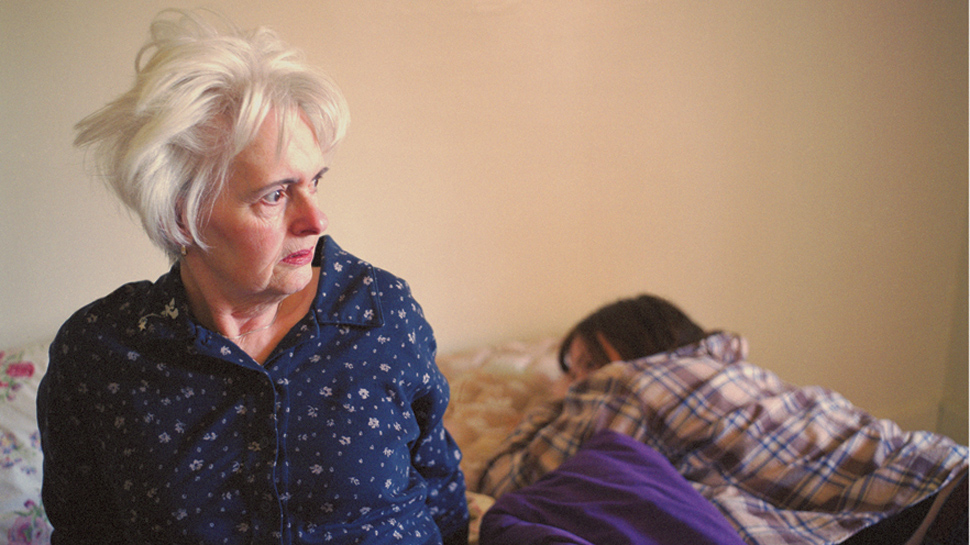 Dominion Street brings together an extensive body of work by emerging Moncton-based photographer Jaret Belliveau. Documenting his family over the course of five years, Belliveau originally focused on daily life until his mother was diagnosed with cancer. The images that developed out the experience convey the internal workings of a family’s struggle with illness and ultimately life after personal trauma. Included alongside Belliveau’s striking colour documentary portraits is a collection of old found family photographs. This juxtaposition of two forms of the autobiographical image highlights the slippery relationship between the vernacular and the documentary.

Alongside Belliveau’s documentary practice his publications include editorial work for The Sunday Times magazine; The Saturday Telegraph magazine; The Walrus magazine; Maclean’s magazine and The Globe and Mail. In 2005 Belliveau was selected by the Musee de L’Elysee for an exhibition entitled reGeneration: 50 Photographers of Tomorrow and has published images with the Magenta Foundation. Belliveau is currently editing his first feature length documentary film. He is represented by Stephen Bulger Gallery in Toronto.