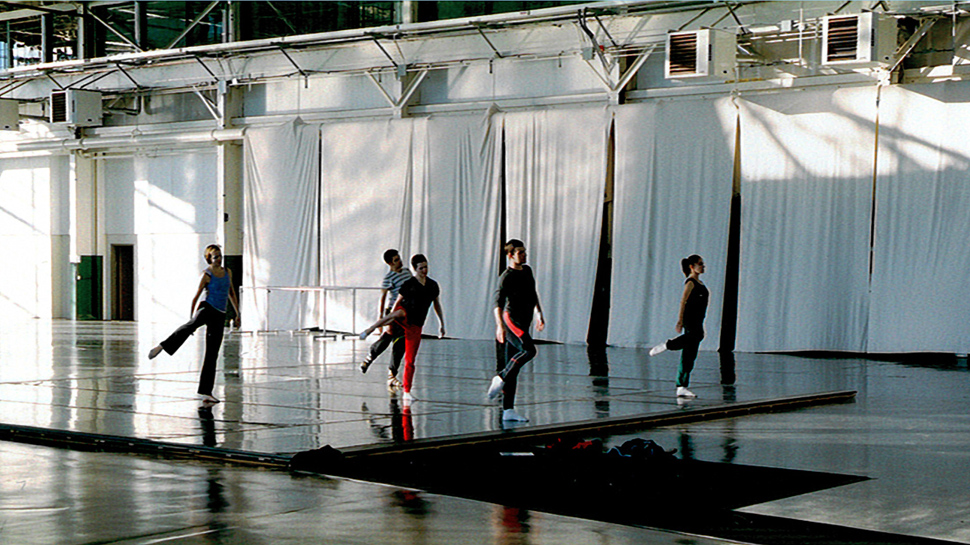 A co-presentation with the Images Festival

Craneway Event marks the second collaboration between acclaimed Berlin-based, British artist Tacita Dean and the legendary, late choreographer Merce Cunningham. Shot in 16mm colour anamorphic film, Craneway Event documents Cunningham’s company over three days in November 2008 as they rehearsed for an Event in the light filled craneway of an abandoned Ford Motors factory in California. Dean’s film practice embodies a romantic and insistent materialism, often documenting forgotten moments and spaces teetering on the edge of disappearance. While her predisposition towards the ephemeral is often grounded in the physical world, as a feature length film, Craneway Event solicits an experience of duration that transcends the materiality of space. Craneway Event is the grand beauty and scale of empty industrial space, the delicacy of light, time and air, and the eloquence and subtlety of movement in the visionary work of Merce Cunningham.