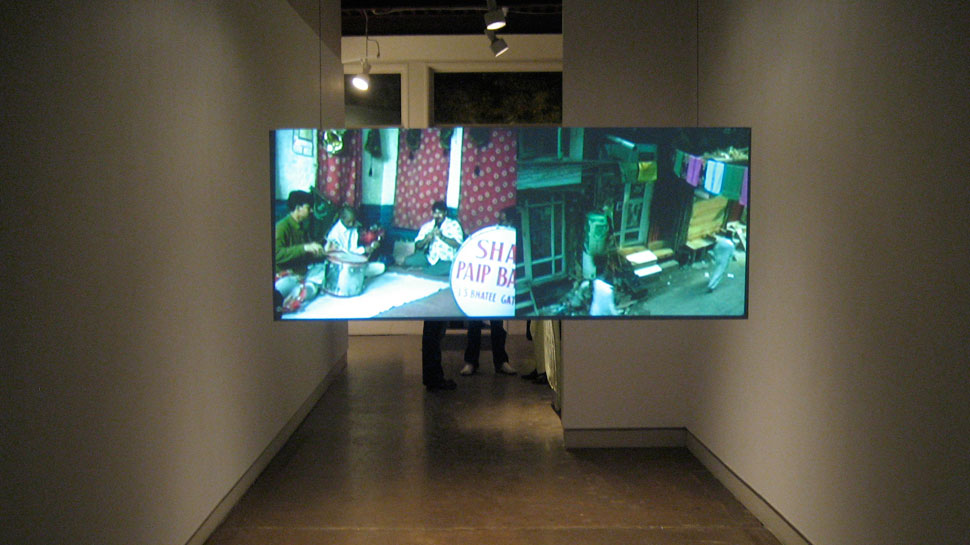 Gallery TPW and SAVAC are pleased to invite the public for a lively discussion with curator Pablo de Ocampo and artist Bani Abidi on the closing day of The Boy Who Got Tired Of Posing.

On view at Gallery TPW is Bani Abidi’s three-part photo and video installation The Boy Who Got Tired of Posing, a co-presentation with the South Asian Visual Arts Centre (SAVAC). At the center of Abidi’s piece is the story of Mohammad Bin Qasim, an 8th century Arab General who led the campaigns to conquer the Sindh and Punjab lands that would become the modern state of Pakistan. Through three imagined narratives — photographs of a young man believing himself to be Bin Qasim, a series of portrait studio images of young boys posing as Bin Qasim, and a segment of a 1993 made for TV movie about Bin Qasim’s conquest of the Sindh — Abidi looks at ways in which the factual and fictitious threads of history are conflated and confounded in the collective memory. Also on display will be Shan Pipe Band Learns the Star Spangled Banner. With this work Abidi commissions a brass pipe band in Lahore to learn the US national anthem. The result is somewhat discordant as the musicians play the anthem of a contemporary imperial power using the instrumentation of a past colonial legacy.