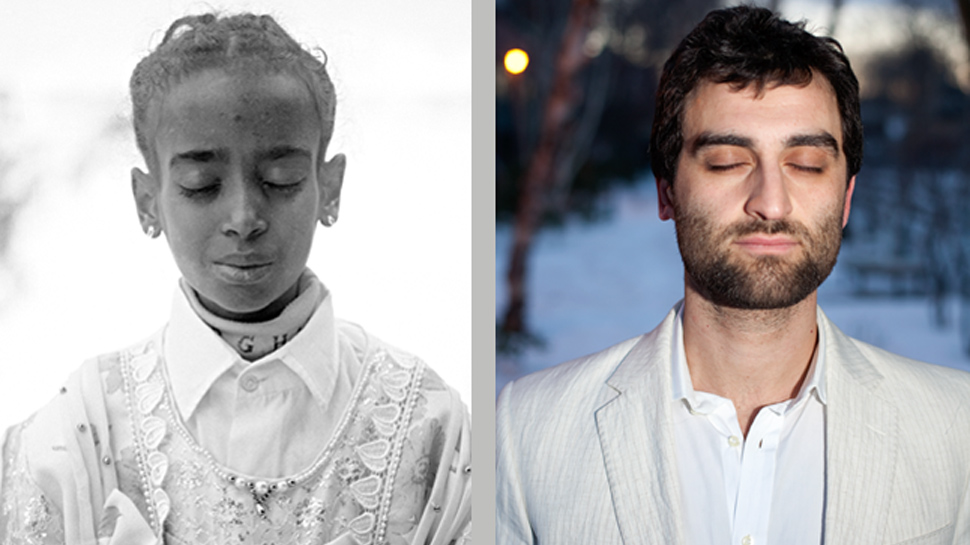 Join Eric Gottesman and Richard Fung in a conversation probing the range of interests and concerns solicited by Gottesman’s exhibition Paths That Cross Cross Again.

The exhibition is placed within the context of Gallery TPW’s history working with documentary photography and more recently within the field of engaged social and relational aesthetics. As such, the installation is based on acknowledging the complexities and complicities of working transnationally across difference and privilege. For Contact Festival, here the figure/ground relationship is positioned as a series of questions regarding image/text, subject/artist and world/ institution. The exhibition asks whether it is possible to experience images on multiple registers simultaneously and rework such binary understandings of the image and its production. Paths That Cross Cross Again focuses primarily on text and images produced in the context of one relationship — between Gottesman and then twelve-year-old Tenanesh Kifyalew, who died in 2004.

Richard Fung is a video artist and writer who was born in Trinidad and based in Toronto since 1973. His tapes and projections, which include My Mother's Place (1990), Sea in the Blood (2000) and Landscapes (2008), have been widely exhibited and collected internationally. His essays on art and politics have been published in numerous journals and anthologies, and he is co-author with Monika Kin Gagnon of 13: Conversations on Art and Cultural Race Politics. Richard is the recipient of the Toronto Arts Award for media art and the Bell Canada Award for outstanding achievement in video art. He is an associate professor in the Integrated Media department at OCAD University.