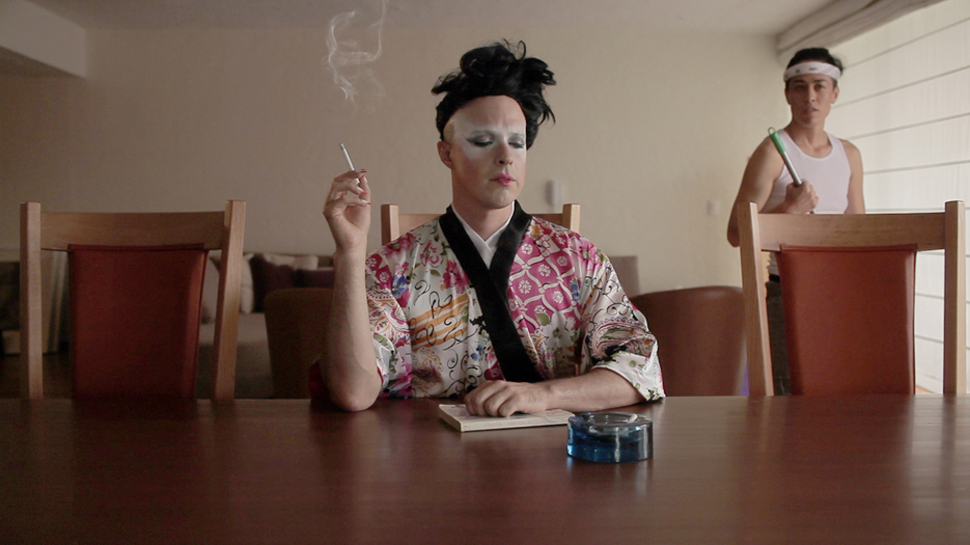 Jon Davies, guest curator of Wu Tsang: Show’s Over, will moderate a discussion of several texts selected in dialogue with the exhibition. The conversation will draw on two pieces of writing, which participants are asked to read in advance of the event: German filmmaker Rainer Werner Fassbinder’s impassioned appreciation of the 1950s Hollywood melodramas of Douglas Sirk, “Imitation of Life: On the Films of Douglas Sirk” (1971), and the roundtable “Feeling Conceptual” (Mousse, April/May 2013), which features Tsang engaged in a far-reaching dialogue with curator Thomas J. Lax and artists Trajal Harrell, Steffani Jemison, Ralph Lemon, and Okwui Okpokwasili about the relationships between conceptual art, embodiment, performance, media, and affect. The discussion will consider the tension between melodrama and conceptualism in rendering feelings, with a specific focus on Tsang’s work MISHIMA IN MEXICO, which is included in the TPW exhibition.