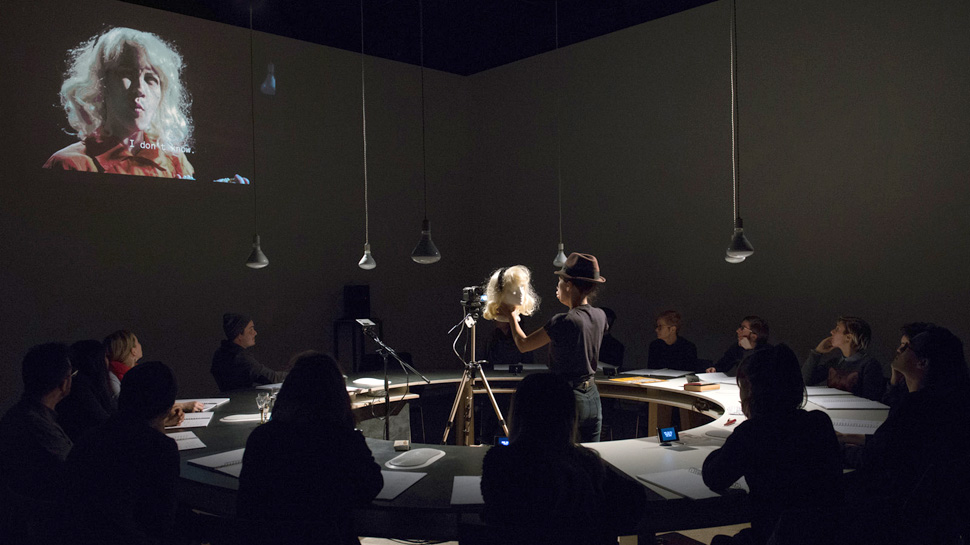 In conjunction with the exhibition Say Something Bunny! join Alison Kobayashi, Christopher Allen and Tess Takahashi for drinks and conversation about the live documentary, identity contortion, reenactment, play, staging, research, family dynamics, and whatever else you want to bring to the table.

Tess Takahashi is a Toronto-based scholar, writer, and programmer. She is currently working on two book projects, Impure Film: Medium Specificity and the North American Avant-Garde (1968-2008) and Magnitude: the Abstraction, the Imprint, the Encounter, and the Elsewhere. She is a member of the experimental media programming collective Pleasure Dome and the editorial collective for Camera Obscura: Feminism, Culture, and Media. Her writing has been published there, as well as in Cinema Journal, Millennium Film Journal, Animation, MIRAGE, and Cinema Scope.

Alison Kobayashi’s short videos have been exhibited and screened widely in Canada, the United States and overseas. She was a guest artist at the 2008 Flaherty Film Seminar and her body of work was a Spotlight Presentation at Video Out, Jakarta International Film Festival, Indonesia and she is a 2016 MacDowell Colony fellow. In 2012, she was commissioned by Les Subsistances in Lyon, France to produce her first live performance, Defense Mechanism. Alison S. M Kobayashi was born in Mississauga, Ontario and is based in Toronto and Brooklyn, NY where she is the Director of Special Projects at UnionDocs, Center for Documentary Art.

Christopher Allen is a producer of documentary media projects and a programmer of multi-disciplinary events. After graduating from Columbia University and studying at Trinity College Dublin, he co-founded UnionDocs, a Center for Documentary Art, and has been responsible for the organization’s growth from grassroots as the Executive Artistic Director. He has initiated many collaborative projects, uniting the creative efforts of hundreds of artists, documentary makers and communities, including Living Los Sures, Documenting Mythologies, Capitol of Punk and Yellow Arrow, which have been exhibited in festivals, galleries, and museums internationally. For the past two years, he has been included in Brooklyn Magazine's list of the 100 most influential people in Brooklyn culture. He collaborates on media and performance projects with artist A.S.M. Kobayashi.