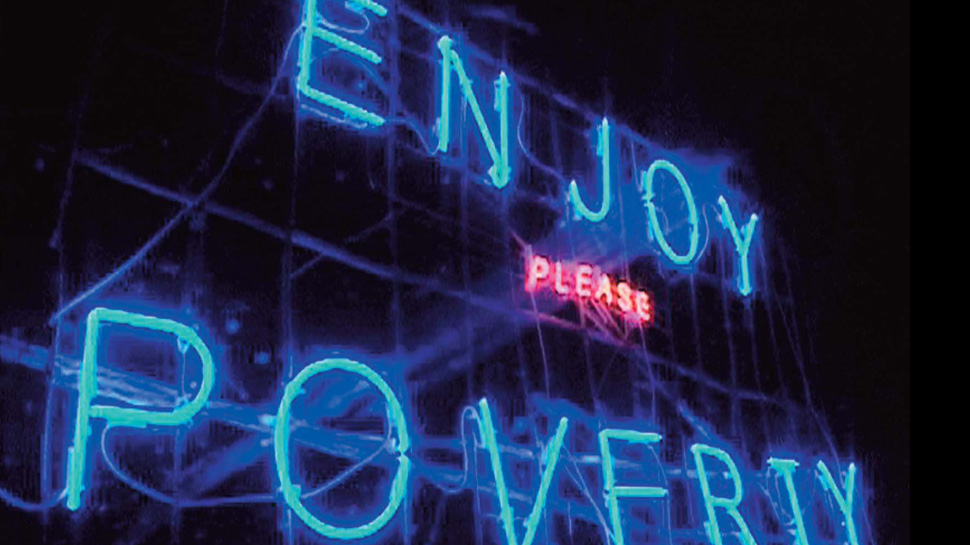 90 min screening,
Followed by a moderated discussion with Nikolas Drosos

Cinecycle, in the old coach house down the lane beside 129 Spadina Ave.

In juxtaposition with our May exhibition of work by Eric Gottesman, Gallery TPW presents a discursive screening of Renzo Marten’s film Episode III: Enjoy Poverty (2008). Having had its Toronto premiere at the Hot Docs Festival in 2009, Martens’ work has continued to screen internationally provoking much debate. Working within the Democratic Republic of the Congo, the film declares itself as directed for “the people in the galleries.“ The gonzo art-documentary pushes at the contradictions inherent to the political economy of images of conflict and poverty, the complexities of humanitarian assistance, and the troubled relationship between aesthetics and ethics.

Discussion moderator Nikolas Drosos is an art historian and critic based in New York. He is currently pursuing his PhD in Art History at CUNY Graduate Center, while lecturing on postwar and contemporary art at the City College of New York. His interests include postwar and contemporary art from Eastern Europe, socially-engaged art and practices situated in the intersection between art and architecture.