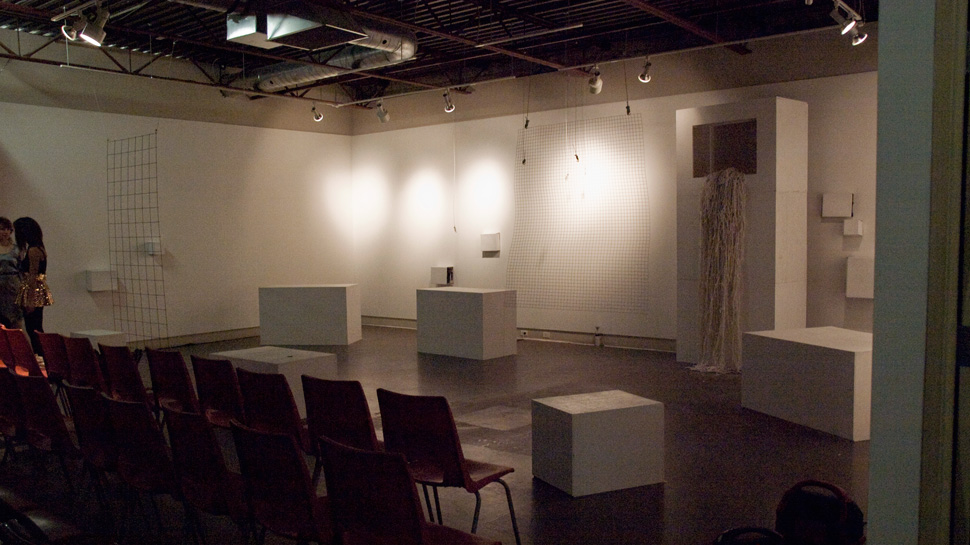 If I’m Me Today, Must I Tomorrow

A new play by Alex Wolfson

‘Two women approach each other in the lonely streets. One, seeing the other, gasps. This has happened before. And was it in you, she wonders, or him, or her? They continue, not recognizing the day for what it was. I had called to her and she tried to listen through the screaming of the birds. But she could not. This is your name. Write it down. And tomorrow was upon them. The night turned into day, burning a shadow onto the streets below. And she called out her name, but no one listened. They had all flown away.’

If I’m Me Today, Must I Tomorrow is a story of two women lost in a ruined city, searching for their name which has been forgotten. Now, they must wander, alone, listless, yearning to find that which they were. A knowledge hidden in the mist filled city streets, known only by the screaming birds.

Expanding on Wolfson’s interest in collaborations between Toronto’s art and theatre communities, If I’m Me… will be performed at Gallery TPW, one of Toronto’s most vibrant artist-run centres.

If I'm Me... is the newest play by Toronto-based experimental theatre artist Alex Wolfson, whose previous productions have been performed at InterAccess Gallery (The Drag; Magic, Mystery or Matrix), Toronto Fringe Festival (Baby Doll, I'm Through With Games), and The Music Gallery (The String-Row Game), among others. Wolfson's work experiments with alternative forms, innovative stage techniques, and lyrical, poetic language. The plays also draw on the rich tradition of late 20th century American experimental theatre, such as the work by Richard Foreman, Robert Wilson, and Jack Smith.