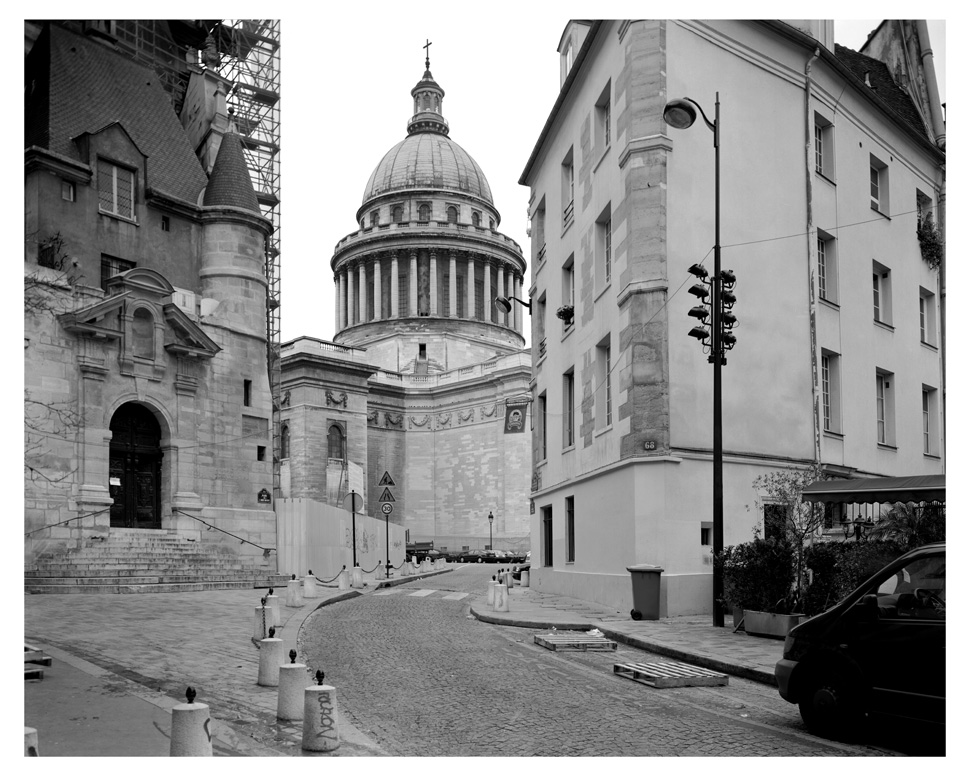 Geoffrey James is an internationally acclaimed photographer best known for his panoramic works reflecting the grandeur of both civic monuments and pastoral landscapes. This image from the Paris series examines the effects of urban transformations and the consequences of the city’s ambition to grow and expand. As Hubert Damisch observes in the accompanying catalogue of this series, James’ subject is “the resistance the city opposes to different forms of occupation.”

Geoffrey James has received numerous awards for his work, including a Guggenheim Fellowship in 1989 and a Roloff Beny Photography Book Award for his publication, also titled Paris. His work can be found in public collections such as the Fonds National d’Art Contemporain, Paris, the National Gallery of Canada, the Museum of Modern Art in New York, the Art Gallery of Ontario, as well as prominent private and corporate collections. He is represented by the Nicholas Metivier Gallery in Toronto.