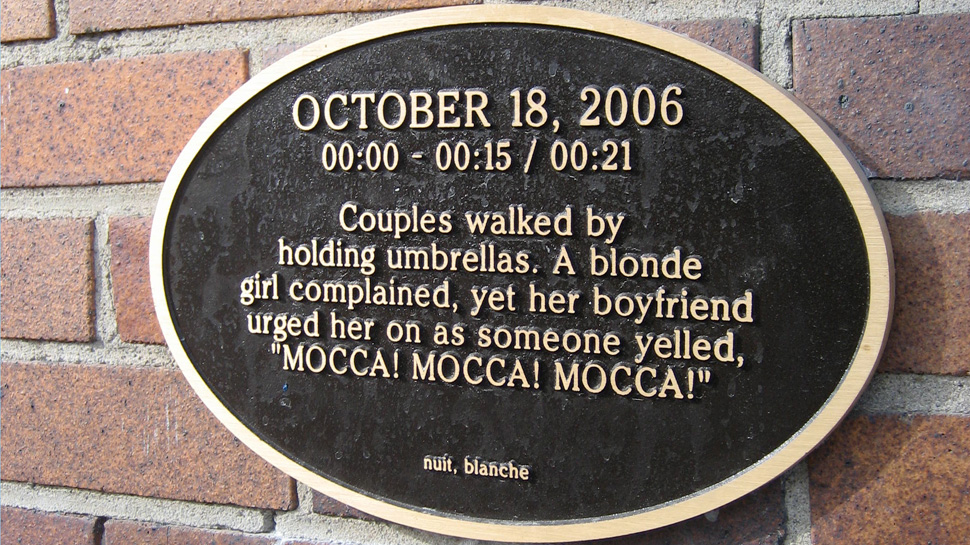 Reflecting on the rapid obsolescence of video technology, Grand Gestures memorializes and commemorates the vain attempts we make at preserving our memories.

People make ‘home movies’ in order to create permanent reminders of moments they might otherwise forget. More often than not, it is the video itself that replaces the actual memories, and it is only through this medium that moments can be (re)experienced at all. Pushing at the possibilities of video as a memorial object, Grand Gestures consists of three linked projects – installations at TPW, TSV, and in public spaces along Queen St West. Each project uses the aesthetics of public memorials and museums to discuss the preservation of video and its inherent value system.